Karatbars: Is this just another gold bars scam? [Review] 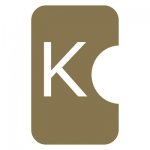 MLMs require you to buy products. Karatbars doesn’t require any purchases at all (though they do recommend it for your own financial security).

But if a company works like an MLM, you gotta consider it an MLM. So by our definition, Karatbars is a network marketing company that sells real gold, pressed and sealed in little plastic credit cards.

2. What are Karatbars’s most popular products? Karatbars Classic Cards provide some insurance against economic ups and downs. They’re 1-gram gold bars embedded in a card. According to Karatbars, these smaller weights are more transactional, making them a potential means of exchange and payment. Another favorite is the Collector Karatbar. Like the Classic version, these are cards with a gold nugget embedded in them. But these are designed to appeal to collectors. Collections include athletes, historical events, and celebrities. Some are limited edition, which means their value could potentially go up over time.

3. How much does it cost to join Karatbars? You can join Karatbars for free, but if you want to get any compensation, you need to buy a starter packages. The Bronze kit is $135, Silver is $350, Gold is $800, and the VIP Package is $2,000. The biggest difference in the packages is the amount you’ll earn per cycle. With the bronze package, you’ll earn about $10. With the VIP, you’ll make over $100.

4. Is Karatbars a scam? Karatbars sells a legitimate product, but tread lightly here. Karatbars says they’re regulated by the World Trade Organization and has consistently met or exceeded all laws and guidelines applicable to the industry. That’s good. But there’s not a lot of disclosure about what it takes to join, and from a quick review of the Compensation Plan, it looks like you’ll work really hard to earn nothing. Scam? It’s possible. Wise business move? Definitely not.

5. What is Karatbars’s BBB rating? It’s not rated by the BBB.

6. How long has Karatbars been in business? Since 2011

9. What lawsuits have been filed? In 2014, Canadian regulators AMF issues a warning against Karatbars, prohibiting them from directly or indirectly trading in securities under any form of investment covered by the Securities Act issued by Karatbars. [1]

If you’ve already decided you want to invest in gold, this might not be a bad company to side with. But if you’re just looking for an opportunity to earn a sustainable income and become financially independent, there are better options out there.

Either way, here’s the full review on Karatbars.

Karatbars was founded in 2011 and is headquartered in Stuttgart, Germany. In the past 6 years, they’ve expanded to do business in over 123 countries. Their goal is to expand to worldwide availability, and they seem to be on track.

They’re a private corporation, so they don’t release their profit information.

The company was founded by Harald Seiz, who’s been working in the financial industry since wayyy back in the 80s. He was involved in real estate, insurance, and finance before moving into the precious metals industry in 2008.

Of course, you haven’t really made it in MLM until you’ve butted heads with the government a few times. The AMF, Canada’s financial regulatory body for the government of Quebec, issued a warning against Karatbars during “fraud prevention month” as follows:

“Affiliates are lured by the possibility of earning large payouts, in particular through a percentage of amounts collected from the Karatbars plans and gold products purchased by referrals.

The AMF reminds investors of the risks involved when investing in companies such as Karatbars that are not reporting issuers and do not hold AMF registration or authorization. Quebeckers should, therefore, be cautious with product offerings from Karatbars since they might incur losses that are not covered by the financial services compensation fund or deposit insurance.

The AMF is closely monitoring this matter and will take any measures deemed necessary in the event of violations under the laws it administers.” [2]

How much does Karatbars cost?

It’s actually completely free to join Karatbars, but huge portions of the compensation plan are reserved only for affiliates who purchase a starter packages. Their prices are as follows:

So, you don’t need to be rolling in fat stacks to invest in gold, because they actually sell very small denominations. So small, in fact, they have to be sealed into a plastic card that looks like a credit card so you don’t lose them.

They claim that their gold products provide the highest safety standard in the world by embedding “DNA” into the gold, showing their authenticity under a black light.

They also claim that their gold bars are “high-quality workmanship and quality” and that all their producers and suppliers are listed on the London Boullion Association Market. However, their website fails to mention who, specifically, supplies and produces their gold bars, aside from saying “Our partners are well chosen. Especially the gold refinery are one of the best in the world.”

You can buy the cards in a bunch of different designs, from patriotic themes to sports teams to “Happy Birthday” and “Happy Valentine’s Day” cards. I don’t know about you, but I would definitely rather get a chunk of pure, solid gold for V-Day than some drugstore chocolates and a rose.

Whenever you want to exchange your gold back for currency, you can do so with Karatbars at their “daily guaranteed buyback price” or at any registered K-Exchange center.

When it comes to their pricing and exchange rates — well, that’s when it gets shady. More on that later.

The Karatbars compensation plan is huge and very unnecessarily complicated.

There are 12 affiliate ranks in the Karatbars plan.

Package commission is paid to affiliates each time they sell a new package to an affiliate they recruited, as follows:

Binary commission offers affiliates commission on money spent by their downline in a binary format, paid out generationally. Once an affiliate’s team achieves 50 units in sales on one leg and 25 units on the other leg (the Bronze package, for example, is 50 units), they make:

These are the main forms of payout in the Karatbars compensation plan, but there are a variety of poorly explained bonuses as well. These include a Worldwide Turnover Bonus, a Gold Pool, and Karatbars Incentives.

According to Investopedia, it does a great job of maintaining its value over time, especially when the U.S. Dollar crashes (like it did in 2008), it is one of the best ways to protect against inflation, it’s virtually immune to political problems, and demand for gold is only going to increase.

Karatbars makes gold investment accessible to just about everyone by offering gold bars in very small denominations. Whereas most people start at an ounce, you can buy as little as one gram of gold from Karatbars.

The problem here is that Karatbars doesn’t have a solid product. They have a smokescreen that’s hiding the fact that Karatbars is nothing more than an affiliate scheme where new recruits pass money up to the founders who let a percentage of that profit trickle down into the hands of older affiliates.

This puts it on the edge of becoming a pyramid scheme, and I can see why the Canadian AMF issued a warning about them.

Look, I’ve been involved with network marketing for over ten years so I know what to look for when you consider a new opportunity. This one just has too many red flags.

Next: Beachbody: Is not doctoring photos enough to build trust here? [Review]