Kuvera: 11 secrets you need to know about this financial MLM [Review]

When an MLM gets into trouble, the quickest “fix” is a rebrand…

Or in this case, having a publicly traded company buy you out.

But does it change anything? Time will tell.

Kuvera, formerly known as Wealth Generators, is a network marketing company that offers training and tools to help you… well… generate wealth.

It sounds kinda scheme-ish doesn’t it? And they kinda are.

But we’ll let you make up your own mind. Here’s what you need to know.

1. What does Kuvera sell? Wealth Generators/Kuvera provides financial technology, education, and research to help people “Find, Grow, and Keep” their money.  They call themselves a financial fitness company providing customers with the tools and information that can improve their financial situation.

2. What are Kuvera’s most popular products? Deductr Pro is an app that tracks expenses and mileage on the spot. With less paper, more money, and secure record keeping, Kuvera says Deductr can save as much as $1200 per year on taxes.

7. What is Kuvera’s revenue? We weren’t able to find any numbers online.

8. How many Kuvera distributors are there? We weren’t able to find any numbers online.

9. What lawsuits have been filed? In June 2018, the Commodity Futures Trading Commission issued a subpoena to Kuvera. The company agreed not to act as an unregistered Commodities Trading Advisor and paid a $150,000 fine. [1]

Either way, here’s 11 secrets you should know about Kuvera.

Going with an unestablished MLM is always a big risk, considering how many of them fail in the first few years. Wealth Generators was started in 2013, and by 2018 had already been bought out. They were purchased by Investview Corporation (a publicly traded company) and rebranded to Kuvera LLC. [2]

#10. Rebranding of a failed MLM

WakeUpNow (WUN) tanked after 5 years of most of their members losing money. [3] In fact, 96% made absolutely no money at all, which is bad, even for MLM, and what exactly they offered in terms of a product was unclear [4], making them highly susceptible to being deemed a pyramid scheme.

And where did their top-levels run to?

Those same people began promoting Wealth Generators, a company with eery similarities to the now-bankrupt WUN. Not only do they both sell things (including financial management tools) that are widely available free of cost, but Wealth Generators’s compensation plan was nearly identical to WUN’s, and they both had a razor-sharp focus on recruitment. [5]

Now known as Kuvera, time will tell whether they’re any different. They still operate as an MLM, using the same MLM structure. But anything is possible. Maybe they’ll be able to improve their image over time.

#9. Sells a range of financial tools

Kuvera wants to teach your average Joe Schmoe how to be a Wall Street trader, raking in the millions with the click of a button.

They sell a variety of financial tools and software, including equities and ForEx trade alerts, personal finance lessons, financial media, and receipt tracking and tax applications. 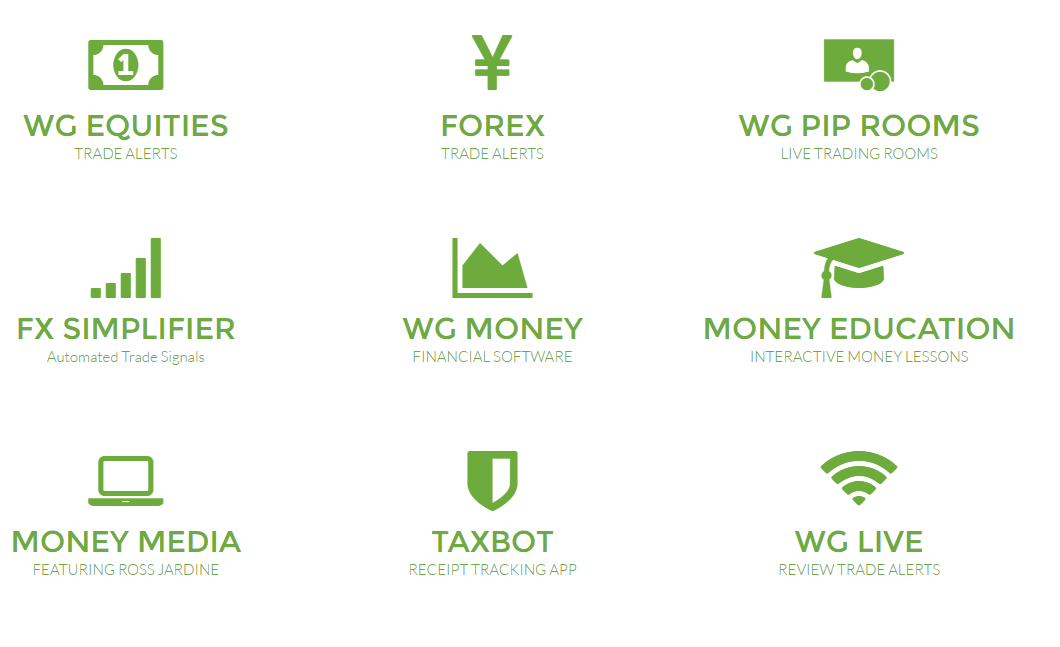 Their trading applications are their main selling point – they have a team of “market experts” that analyze the market and provide alerts and advice based on their findings.

The idea is that users are to “mirror” these experts, being able to rake in the same big cash rewards without years of learning about all the financial details (sounds like Zukul or MMM).

It takes a while to figure out what it is they actually sell when you browse their site, and most of their distributors just talk about recruiting without even trying to sell the product.

After a little digging, it starts to become clear as to why their marketing is so vague…

#7. The product they sell is actually free

Here’s the thing – forex software, the one thing they seem to really be selling, is actually FREE.

That’s right, by and large, you can find a number of programs that provide alerts and advice on the forex market without spending a single penny. That’s because most trading software makes money off the trades you make.

In fact, the only substantial product they do sell that actually costs money is their tax software, Taxbot. But even that only costs $9.99.

So in the end, what are you really paying for? The right to turn around and sell this invisible product to more people.

#6. Quality is questionable at best

Their forex software also doesn’t seem to offer anything superior to other trading software on the market.

There’s no proof on their website that their “market experts” are truly qualified to offer trading advice. In fact, they don’t even appear to be certified by the SEC. If they had credentials, they’d probably be advertised on the website, but they aren’t.

Wall Street execs are some of the most loaded people in the world. A real “market expert” is going to be too busy getting rich off of trading to waste time teaching their secrets to people online for chump change.

#5. Their product is extremely risky

While most people don’t actually make money after joining an MLM, they typically don’t lose more than what they paid in start-up costs, and maybe a product order (although they still have product to show for it).

In the case of  Kuvera, their main product (trading software), can actually cause customers to lose money – lots of it.

The risk in forex trading is extremely high, which is why it’s typically advised for experts only. [6] This company claims to make trading on the forex market accessible for beginners but really provides no proof to back up that claim. 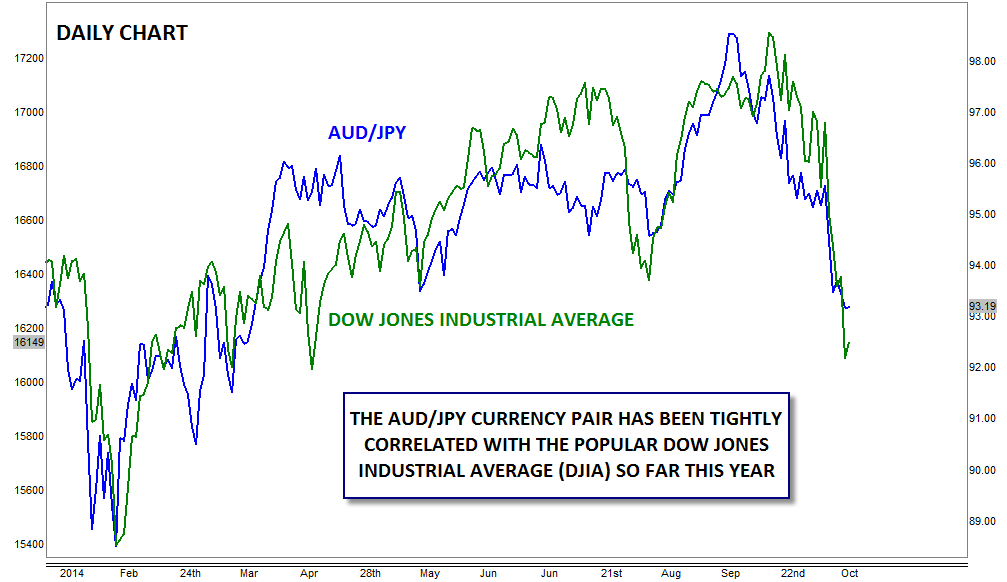 The markets aren’t exactly easy to understand or predict.

Given the fact that there is such a hyper-focus on recruitment amongst their distributors, I’m going to guess that they’re not making much money off trading. Most are probably losing it.

If the goal of Kuvera is to make people rich by sharing some super secret, highly-effective trading advice with as many people as possible, then frankly, their goal makes absolutely no sense.

Here’s the thing about trading – it’s a zero-sum game. When you’re trading with other people, every time someone wins, another person loses.

That means that if Kuvera’s software can really help people make money from trading, then the more people they recruit, the less money each person makes. The bigger their network becomes (which is the goal of MLM), the less effective their product becomes.

Either their product doesn’t work, or the company is too blind to see that it is inherently illogical.

The compensation plan for Kuvera is confusing at best and mostly relies on bonuses rather than a fixed commission on each subscription. [7]

Aside from that, past a certain level you earn 4% on sales down to 3 levels, 4 levels, or 8 levels depending on your status.

There are a handful of other bonuses and luxury trips.

#2. Sign-on cost is in monthly payments

The initial sign-on cost ranges from $180-230. After that, monthly payments are required, with more expensive packages offering a larger payout. [8]

Although, since Kuvera members can be held legally liable by the SEC for giving out trading advice to their recruits (because again, they are not qualified), some recommend Errors and Omission Insurance for liability protection. [9]

“If you purchase one of our subscriptions for six months and lose money overall for that period, WE WILL REIMBURSE YOU 3X YOUR SUBSCRIPTION FEES!”

You need to prove that you have followed every single piece of advice, training, and alert they’ve given you to a T. How do you even do that? You need to show them you’ve done all the recommended trades – which gets expensive over the course of 6 months, especially if you are continually losing money on their advice.

And, you need to stick to it for 6 months, which means you’re paying a $129.99-199.99 subscription fee SIX TIMES. Most people who start losing a lot of money aren’t going to keep forking it over for five more months.

Needless to say, they will probably find a way to deny you your money back based on their extensive terms and conditions.

While I’m not an MLM hater, Kuvera is still competing against hundreds of other companies getting people on board to join their “hype” rather than building a valuable business.

While you could make a few extra bucks with a few sales, by no means will you be quitting your day job anytime soon. There are better opportunities for that.

Previous: Melaleuca: Is this wellness MLM too good to be true? [Review]

Next: J.R. Watkins: 13 fascinating facts to know before joining [Review]