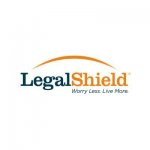 When you see a legal advisor embroiled in ongoing legal battles, you can’t help but wonder…

If they’re the real deal, why can’t they defend themselves?

But LegalShield may finally have their act together. The question now is whether you can make any money with this MLM.

LegalShield was once a big, bad, publicly-traded company with a network marketing opportunity on the New York Stock Exchange…until they went private faster than a celebrity in rehab.

Judging from some of their past scandals and legal troubles, going private was definitely a smart move. But are they worth joining? We’ll let you decide.

1. What does LegalShield sell? LegalShield gives access to affordable legal coverage to its members, no matter how traumatic or trivial the situation. They’re the No. 1 subscription-based provider of legal plans to families and small businesses across the U.S. and Canada.

2. What are LegalShield’s most popular products? LegalShield’s Personal Legal Plan costs about the same as a dinner out ($24.95/month) and gives you coverage for you, your spouse or partner, and your children. Included with your membership are advice, letters/phone calls on your behalf, legal document review, standard will preparation, 24/7 emergency assistance, and trial defense services. Another popular service is ID Shield, which protects your identity, including customized alerts, complete identity monitoring, credit scores, and unlimited consultation.

3. How much does it cost to join LegalShield? It costs $99 plus any applicable state licensing fees to become a LegalShield associate. This gives you an Associate Start-Up Kit with brochures and applications so you can begin your business right away.

4. Is LegalShield a scam? No, LegalShield is a legitimate business with 1.7 million members in 50 states and 4 provinces. They have provider law firms across the United States and Canada, so the legal support you get comes from a lawyer who’s well acquainted with your local laws and regulations. What does feel scammy is the lack of full disclosure about becoming an Associate and how much you can earn. If it’s such a great opportunity, why aren’t they more forthcoming with information about how to join?

5. What is LegalShield’s BBB rating? A+

6. How long has LegalShield been in business? Since 1972

9. What lawsuits have been filed? In 2001, Wyoming came down on Pre-Paid Legal Services (which was LegalShield’s original name) for making income representations that were prohibited by Wyoming law. [1] The SEC also required them to stop counting commissions as assets instead of expenses. Complying with their ruling essentially cut their reported earnings by more than half. [2] In 2005, LegalShield lost a case related to deceptive advertising and fraud and paid $9.9 million in punitive damages. [3] In 2007, the FTC began investigating their marketing, saying it was misleading. Fortunately for LegalShield, in 2010 the investigation ended without any action. [4] In 2018, LC Technology International filed a proposed class action against Harvard Risk Management and LegalShield for sending unlawful, unsolicited fax messages as part of a pyramid sales scheme. [5]

So should you join LegalShield?

I’m not a hater of the company at all, there’s definitely a market for legal advice and resources. But as far as passive income opportunities go, there are better options out there.

Either way, here’s the full review on LegalShield.

LegalShield was founded in 1972 under the name Sportsman’s Motor Club in Ada, Oklahoma. A couple of years later, they changed their name to Pre-Paid Legal and went public, selling its shares on the New York Stock Exchange.

In 2011, the company was acquired by MidOcean Partners, a private equity firm worth $3.5 billion, for $650 million. They then went private and changed their name to LegalShield. In 2011, before they went private, they were raking in an annual revenue of $461 million. [6]

Back in 2001, they were hit twice by the law – first by the state of Wyoming for misrepresenting distributor earnings, and again by the SEC for counting commissions as assets to inflate their stock prices. They also faced legal troubles in Missouri that year. [7]

In 2009, they were subpoenaed by the SEC for various documents which were never sent over to the SEC despite multiple demands. After that, the FTC filed a complaint against LegalShield for multiple violations, including misleading representations. [8]

Jeff Bell is LegalShield’s new CEO, and this guy is no joke.

Bell got his MBA from none other than the Wharton School of Business back in 1989. He’s worked in key positions at Ford Motors, Chrysler, NBCUniversal, Advertising Age, where he won them their first-ever Online Marketer of the Year award in 2005, and Microsoft, where he oversaw the launch of Halo 3, among other major releases, as Vice President of Global. [9, 10]

He’s got decades of experience in marketing and advertising at some of the world’s biggest corporations, and he was named as LegalShield’s new leader in 2014. [11]

Hopefully, he can replicate his success in the world of multi-level marketing. This will be his first MLM, but maybe that’s a good thing. Maybe his credentials can fend off the FTC.

So maybe he can turn their rep around. However, in March of 2016, he made the decision to leave the Direct Selling Association, the regulatory body that pretty much ensures that an MLM is at least semi-legit (see the full MLM rankings here).

Bell claims their decision to leave the DSA is because the DSA actually isn’t enforcing its own Code of Ethics against other MLMs who are clearly breaking it, and thus is weakening the direct selling industry as a whole. Wouldn’t be the first time. [12]

As of January 2016, LegalShield membership began a steady increase, hitting 1,612,183 members before the end of the year. Now, they’re over 1.7 million members. Smells like a comeback.

How much does LegalShield cost?

At the time of writing this, it costs $99 for a New Associate Start-Up Kit, which includes online training, materials, sponsor support, a back office, and a few other perks.

LegalShield sells legal services, in case their name didn’t tip you off. They claim to offer direct and affordable access to law firms.

They have a network of almost 7,000 independent attorneys throughout the United States and Canada who offer these services. For your monthly membership fee, which varies by state but usually comes out to just under $25/month, you get:

Legal Advice: If you ever need advice or consultation from a legal representative, you always have one at your service.

Legal Representation: In the case that you should need legal representation, you have their independent attorneys at your disposal.

Familial and IRS Legal Services: This covers everything from divorce and name changes to IRS audits.

Considering legal advice can cost hundreds, and representation from an attorney can cost anywhere from $150-$500 per hour, it’s not a bad deal.

The company also now sells identity theft protection services starting at $9.95/month. The basic plan covers you and a spouse, and includes:

Honestly, if you have even a halfway decent bank or own a credit card, you probably already have access to all of these services for free.

You’re selling a monthly membership, and when you get a new customer, LegalShield pays you an advance for a year’s worth of that customer’s membership. Sounds great, right? Yeah, until that customer decides to cancel, and you have to pay back a huge chunk of that advance.

The compensation plan is nowhere to be found on their website, and the information you can find is very vague. It doesn’t list any specific commission rates.

There are four ways to earn:

You make a percentage on each membership you sell, which varies by rank. This is roughly what you can make, according to rank:

Junior Associate: Up to 50%

Senior Associate: Up to $100 on each sale

These numbers look generous, but remember, they are advances on 12 months of membership payments. Also, it’s very, very difficult to move up even past Junior Associate, let alone all the way to director levels.

Team commissions are offered in the form of bonuses for every membership they sell. Exact numbers are not specified.

After a membership that you’ve sold lasts a year, you make a monthly commission on each month they stay active. Whether or not this commission is the same as before isn’t stated, but this is basically number one rehashed.

Each time you sell memberships and recruit new associates, you earn points. If you earn enough (fat chance), you can start earning cash bonuses and prizes.

The company is not without their scandals. They’ve got a pretty colorful history, to say the least.

However, it seems that the worst might be over for them. They’ve survived dozens of legal battles, and since going private, they’ve only had one claim made against them. (It looks pretty frivolous; they’ll probably pull it out.) On top of that, they’re being run by a rock star CEO, and so far, he’s doing good things for the company.

That being said, the commission plan is vague, at best. It’s really not clear how much money you’d make as an associate. One thing that is clear – you’re probably not getting rich here.

Next: Karatbars: Is this just another gold bars scam? [Review]