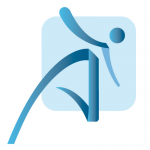 Assuming, of course, you use their products.

LifeVantage is an MLM direct selling company based in Sandy, UT, that manufactures and distributes nutritional supplements, specializing in NRF2 science and biohacking your health.

The company began with a retail model in 2003 but switched over to a direct sales and multi-level marketing model in 2009. The President and CEO is Darren Jensen, who has more than 25 years of experience founding and growing successful MLM companies — and he’s killing it.

1. What does LifeVantage sell? Science-based wellness and personal care products, with a focus on biohacking your health. Their products are based on a new science called Nutrigenomics, which support healthy aging on a cellular level.

2. What are LifeVantage’s most popular products? Their scientific approach to wellness puts the Protandim NRF2 and NRF1 Synergizers at the center of their product line. These products reduce oxidative stress and support mitochondria function to fight the effects of aging. But you’ll want to put that same technology to work on your entire body. So they’ve included it in their TrueScience skincare line-up — facial products that support the natural repair and rejuvenation of your skin cells for a more youthful glow — and their PhysIQ products. These are supposed to help you get rid of stubborn fat, increase energy, and support digestion and immunities through a range of products: a cleanse, probiotic, fat burner, and protein shake. But seriously, do you want to live decades longer without your dog? For people who want their dogs to live longer too, there’s Petandim for Dogs.

3. How much does it cost to join LifeVantage? To become a LifeVantage distributor, you’ll need to by their Starter Kit, which costs $50. Then, depending on your goals, you’ll purchase one of these product kits to help you start your business and begin using the products:

4. Is LifeVantage a scam? No, they are a publicly traded company with scientifically-tested products. Their products are tested in peer-reviewed published studies from laboratories across the nation. And a recent study funded by the National Institute on Aging (NIA) discovered that Protandim, one of their supplements, extended the median lifespan of male mice by 7%. It’s also been shown to reduce oxidative stress in humans by 40% in 30 days.

While LifeVantage used to sell their products in stores, in 2009, they moved to a multi-level marketing business model to remove the middleman. That being the case, they’re a relatively new MLM and, as such, may still be figuring out the details of how to structure their business so everyone wins.

5. What is LifeVantage’s BBB rating? NR, or not rated. The BBB says they don’t have enough information to give LifeVantage a rating.

6. How long has LifeVantage been in business? Since 2003

9. What lawsuits have been filed? In 2018, Sommers Schwartz, P.C., filed a class-action claim against LifeVantage for running a pyramid scheme. [1] In 2017, a class-action complaint against the company for inadequate internal controls was dismissed without prejudice. [2] In 2011, Burke Hedges, a former distributor, sued LifeVantage for breach and wrongful termination. [3] Another issue with a distributor, Jason Domingo, also arose at that time, but this time LifeVantage was suing the distributor for stealing trade secrets. [4] In 2009, Zrii sued LifeVantage for allegedly inducing and conspiring with former Zrii executive management to join LifeVantage and bring trade secrets with them. The case was settled for $400,000. [4, 5]

Either way, here’s the full review on LiveVantage.

LifeVantage provides nutritional supplements that promote healthy living. The company’s main product, Protandim, was developed by Dr. Joe McCord, who was awarded the Elliot Cresson Medal from The Franklin Institute.

While the product line continues to grow, here’s a quick run-down of the top products…

Protandim is an NRF2 synergizer that has been validated by peer-reviewed studies conducted at some of the country’s most respected research institutions.

Axio is a brain performance product that provides long-lasting energy without the dreaded crash and burn (similar to Yoli).

Axio comes in regular and decaf, although it is not coffee. One box contains 20 packets of either the regular, which is Green Grape flavored or the decaf that comes in Red Raspberry. All you have to do is add the contents of the pouches to water and drink. The ingredients provide long-lasting power, heightened concentration, and sharper focus.

PhysIQ contains four items: Cleanse, Probio, Fat Burn and Protein Shake. You can purchase these items separately or together in the system pack. All of these supplements are designed to aid in weight management.

Customers are offered a 20% off discount if they sign up for the auto-ship program. Products can only be purchased by distributors or by distributor referrals, which can make them hard to come by.

The LifeVantage Compensation Plan is designed to help independent distributors start up their business, get a quick return on investments, and earn long-term residual income. There are currently 6 different bonuses that are paid, both, weekly and monthly. The company also provides business training to help distributors understand the company, products, and how to establish a strong foundation.

Here are some pros about LifeVantage:

Not only can distributors generate an income through commission and bonuses, but LifeVantage provides interactive training modules through the virtual Vantage University. Distributors receive hands-on training through sponsors and company-hosted events and conventions. Preferred customers receive a 20% off discount on product purchases by enrolling in the auto-ship program.

The company has an excellent reputation for paying its distributors on time and according to the commission structure. LifeVantage currently has no rating with the Better Business Bureau, but it has a 3-star rating with Glass Door, which you can read here.

The company’s products have been tested and scientifically proven to work. The items have been tested at several different universities and institutes. The scientist who works with the company has received an outstanding award for his work. LifeVantage has been operating for over a decade.

Here are some cons about LifeVantage:

Before LifeVantage switched from the retail model over to the direct selling model, the company had a lawsuit filed against them from a competitor company Zrii.

LifeVantage had to pay $400,000 to Zrii. Zrii filed the lawsuit claiming that LifeVantage had conspired with its executives in order to take over the company, if they couldn’t take it over they said they would ruin it. CEO David Brown never admitted to any interference but was still required to pay up.

A separate lawsuit was filed by a former distributor Burke Hedges for breaching the payment contract, which resulted in the company owing Hedges $350,000. There has been one recall on the product Protandim for the possible contamination of small metal fragments, which was later resolved.

LifeVantage is an MLM nutritional company that originally started out using the retail sales model. The products are designed to support and improve overall health in humans and canines.

LifeVantage offers a 30-day refund on all unopened products. The products can only be purchased by distributors or through a distributors referral, which can make the items hard to find.

Even though there are 6 different bonuses independent distributors can earn, the average commission tends to be on the low end. Distributors must maintain a PV of 100 or more in order to remain an active member. If your PV is down for too long, you will be terminated.

There have been two lawsuits filed against the company and in both cases the company lost the fight, resulting in a total of $750,000 being paid out by the company to both parties combined. In 2012 the company had to recall their Protandim product due to traces of metal fragments, which was later resolved. Other legal issues are on the horizon.

The company has been in the business for over a decade and continues to generate an annual global revenue of nearly $200 million.

The outlook of the company seems to be positive. But, they gotta compete against the masses — probably a good 100 other supplement network marketing companies out there.

Previous: Nu Skin: The Most Trusted MLM, but Is That Valid? [Review]