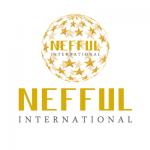 If you’re worried about your health, you’ll jump on any new discovery…

At least at first glance.

Nefful is a Japanese MLM company that offers special clothing and accessories created with fabrics that are made with negative ions, supposedly improving health and happiness while maybe fighting major diseases and ailments like Parkinson’s, ADHD, diabetes, back pain, and insomnia too.

Is Fefful right for you? Read on to find out.

1. What does Nefful sell? Natural, pure, clothing and accessories made from the newly invented fibers Neoron and Teviron. Neoron and Teviron both provide heat insulation, moisture permeability, and flame retardance while reducing static. Their true claim to fame is that these fabrics employ nagative-ion technology to enhance health, increase vitality, and improve focus. To get these amazing results, though, you’ll need to use these fabrics in your everyday life, so Nefful has a full line of clothing and accessories: underwear, legwear and socks, bedding items, and accessories. For even more healthful benefits, Nefful also sells a nutritional supplement and cleaning products.

2. What are Nefful’s most popular products? Their flagship products are premium-quality undergarments. In addition to regular underwear, they also have body shaping undergarments, such as camisoles, bras, girdles, and tummy and hip support shapers. To clean your clothes, the NEFFUL Bio Clean detergent is a highly refined concentrated detergent that contains the Proteolytic Enzyme. It was certified that the detergent does not contain any fluorescent whitening agents or benzene and phosphorus. The gentle detergent also does not contain bleach, softener, or antistatic agents, thus will not damage the delicate NEORON® fiber.

3. How much does it cost to join Nefful? A new distributor kit costs $50. This includes a catalog, measurement tape, and samples.

4. Is Nefful a scam? No, Nefful is a real company selling real products. Their Teviron blend has won several awards: the highest honor in the fiber industry the Okochi Award (1959), the Onshi Invention Award (1960), and the Chemistry Technological Award (1961). That said, it may be difficult to make a lot of money with Nefful. Their products are incredibly expensive, which is going to limit the number of people who can afford them—and make it harder to add distributors to your downline—even if they believe that negative ions could improve their health.

9. What lawsuits have been filed? Truth in Advertising investigated Nefful in 2017 and found some inappropriate income claims on Facebook and other web pages. [1] But there have been no lawsuits listed online.

I’m sure there’s a market for these expensive cardigans, but if you’re strictly interested in the business opportunity, there’s better options out there.

Either way, here’s the full review on Nefful.

Nefful was founded back in 1975 in Shizuoka, Japan, by Mr. Hisami Kamijo. They’re now run by Chairman Toshiya Kamijo.

At over 600,000 affiliates around the world, they’re one of the bigger MLMs.

How much does Nefful cost?

An affiliate membership to Nefful costs $50.

So, how exactly does Nefful cure the world of all its ailments via their wardrobe?

Well, they produce and sell negative ion clothing (and bedding, and accessories). They claim these negative ions have a positive effect on health, aging, and mood, and that their special Nefflon fiber blend surrounds you in these beneficial negative ions.

Negative ions are naturally found in abundance in places like rivers, beaches, and waterfalls, and it’s said that that’s why people feel so happy in those places. Negative ions have also been called “the vitamins of the air,” and there is some research to support the theory that negative ions have positive effects on health and mood (more on this later).

That’s why everyone started trying to bottle and sell these air vitamins back in the early 2000s.

You’ve seen those negative ion bracelets on TV and at places like mall kiosks and airport shops. Nefful takes those to the next step and decks you out in negative ions from head to toe. They put those things in everything…underwear, blankets, beanies, leggings, cardigans…you name it.

And apparently decking your clothes out in negative ions will cost you close to what it would cost to deck yourself out in jewels and bling. A beanie costs $96, and a cardigan costs $550. A blanket? $1,600.

Shoot, for $1,600, that blanket better be made with threads of angel hair and stuffed with feathers from Pegasus’s wings.

That, or it better really cure Parkinson’s.

Of course, there’s ZERO evidence of any of these products actually curing diseases, something not totally uncommon in MLMs (hint: Vida Divina or Kyani). They might have some other benefits, though…

While a 2013 study by BMC Psychiatry concluded that negative ions had no consistent influence on anxiety, mood, relaxation, sleep, or comfort, the study did find slightly lower rates of depression associated with negative ions. That being said, those findings weren’t conclusive, and future research is needed. [2]

Another study showed that negative ions may be an effective treatment for seasonal depression. [3]

Finally, one study published in 2012 showed that negative ion fabrics can significantly improve the symptoms of eczema. [4]

So, the products might have some benefits, they were just way overstated by distributors. Typical.

According to WebMD, there are virtually no side effects associated with negative ions (other than a bleeding wallet).

Commission rates at Nefful are a lot like having sex for the first time—not great, not terrible…it is what it is.

Leadership bonuses are available to higher level consultants, and it allows you to earn bonuses based on the sales volume of your team.

If you’re ranked even higher (Area General Manager and up), you can qualify for incentive bonuses. This includes a 2.5% volume bonus on the sales of your entire downline.

Residual commission are paid out on a unilevel structure to consultants ranked Manager or higher.

Managers make 10% down to the next Manager in their team.

Above Area Manager you get 30% commission on Consultant Sales Volume infinity levels deep and 20% on the sales volume of your team members who are Managers or up.

More complicated than it needs to be, but it basically means that unless you can recruit, recruit, recruit, build up a MASSIVE downline, and shoot like a rocket up to the highest level rankings, you’re not going to make any money.

The whole negative ion claim seems a little far-fetched, but they might actually be onto something. It doesn’t matter whether or not the products actually make you feel good, though, because buying a $1,600 blanket is enough to make you qualify as legally insane.

It doesn’t matter how unaffordable their products are, though, because consultants don’t make money off personal sales. They make money off building a team with a huge downline.

So if you think you can make your way to the top of the pyramid by building a team of thousands of people interested in negative ion-infused underwear, you could give it a shot. Just don’t expect to quit your day job and be financially independent.

Next: iMarketsLive: Staying Alive means staying legal. Can they do it? [Review]