Neways: Can a rebrand fix years of legal battles? [Review] 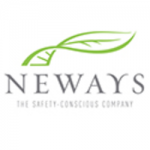 But it’s always smart to know the history behind a major rebrand, especially when it’s as colorful as Neways’.

If only they were so conscientious about the legalities of running a business. Neways was consistently hit up with things like illegal distribution of prescription drugs…things you should probably be aware of before considering their “version 2.0” Modere.

No wonder they changed their name!

1. What does Neways sell? Neways products are available now on Modere. Type in the URL, and it redirects for you. There, you can find nutritional, dietary supplements, and personal care products, all claiming to be chemical free, plant-based, and botanically enhanced.

4. Is Neways a scam? No, Neways, now selling as Modere, is a legitimate business. They aren’t exactly trustworthy, based on their history, but they aren’t a scam.

9. What lawsuits have been filed? In 1993, the FDA mandated a recall of Neways’ Quickly weight-loss product because it contained dangerous amounts of a prescription drug. [1] In 2003, Neways pleaded guilty to knowingly selling a product that contained HGH in violation of federal law. They paid $1.75 million as part of a stipulated fine and forfeiture of profits from the sale of BioGevity. [2] In 2006, Neways founders, Thomas Mower and his former wife, Leslie Mower, were sentenced with two years in jail for not six counts of income tax evasion and a conspiracy to defraud the IRS charge. [3] In 2007, Neways sued Sisel for taking trade secrets with them after selling Neways to Golden Gate Capital. Also in 2007, Neways sued two Sisel distributors. In 2008, Sisel filed a defamation suit against Neways. All three cases were settled in 2008. [4]

Since the name change to Modere, lawsuits have continued. You can read about them here.

Listen, we don’t have anything against Neways and their reboot Modere. But as far as business opportunities go, there are better options out there.

Either way, here’s the full review on Neways.

Neways is headquartered in Springville, Utah, and was founded way back in 1987 by Thomas and Leslie Mower. The company was originally named “Images and Attitudes,” which is about as 80s sounding as giant bangs and magenta eyeshadow. Good thing they decided to change it in 1992.

The direct sales company sells a little bit of everything with a “chemically safe” spin and is operational in 29 countries with its force of over 100,000 distributors and 10 offices.

On November 8th, 2006, the company was acquired by Golden Gate Capital, the same San Francisco-based private equity firm that purchased Herbalife before taking them public. [5, 6]

Robert Conlee was named CEO in 2012, a former executive at Xango (CEO) and Nu Skin.

Nope, he’s not heading two companies at once: Modere and Neways are the same company.

Modere appears to be a rebranding operation, and Neways started transitioning to this new company in 2013. If you visit neways.com, you’ll be redirected to Modere’s website at shiftingretail.com. There’s no mention of Neways anymore. For whatever reason, they don’t want people to make the connection.

In 2002, the original owners of Neways were forced to surrender control of the company after being charged with conspiracy and tax evasion…they failed to report over $3 million in commissions. Two  more charges followed in the same year, including “obstructing an IRS investigation.” [8]

However, there are hidden costs in the monthly autoship requirements. In order to remain active and qualified for the compensation plan, you need to hit 150 PV per month. This means you get 150 PV worth of product shipped to you every single month, whether or not you can actually sell that much.

Neways products are focused on healthiness and natural ingredients, and the company claims to “provide products that minimize people’s exposure to potentially controversial ingredients.”

Their products, which are “the perfect blend of science and nature,” fall into several different categories:

In fact, the company states that their products avoid over 3,000 potentially harmful ingredients. Their team of scientists studies potential ingredients to ensure that they aren’t even acutely toxic to animals or humans. They avoid any ingredients that could be irritating, allergy-inducing, or carcinogenic.

Despite all the research they claim to do, Neways fails to provide any list of what those harmful ingredients they avoid are.

They do give a few hints: body and bath products never contain DEA, TEA, talc, sodium laurel sulfate, or phthalates, and nutritional products are screened for microbes, pesticides, and heavy metals.

They also require that all their manufacturers comply with FDA regulations. Furthermore, all suppliers must submit the following paperwork to Neways before the company will agree to work with them:

Despite all the talk of healthy products, the company has been involved in a number of scandals.

In 1993, they had to recall one of their weight loss products because it apparently contained large doses of a prescription diuretic…pretty messed up. [9]

Then, in 2004, they plead guilty to the illegal distribution of Human Growth Hormone (HGH). HGH is a drug that’s illegal to consume without a prescription and is most often abused by athletes alongside steroids. Neways was putting it in their BioGevity formula, a formula designed to keep consumers young and energized. The charges cost them around $1.75 million. [10]

Neways products claim to provide a range of benefits, including:

There are no known side effects associated with current Neways products; however, there have been multiple charges against Neways in the past for putting everything from prescription diuretics to human growth hormone in their products. These illegal ingredients have a number of side effects.

There are a number of different ways to earn with Neways. Here are the main components of their compensation plan…

Commissions on personal sales are given out as the difference between your wholesale price and the product’s retail price. It comes out to 10%-20%, depending on your total orders for that month.

The Fast Start Bonus at Neways is a $50 bonus offered to distributors each time they recruit someone new. It’s also given out when distributors hit a certain number in personal sales within their first few months.

When your downline orders product, you get a commission based on a unilevel structure. The plan pays out 10% commission to you four levels deep, and then 5% commission another two levels deep.

The compensation plan is decent, and the products (aside from those involved in controversy) are generally well-liked.

The company has been around since the 80s, too, so they’re somewhat established.

However, that established name means nothing after a rebrand. Between that and multiple run-ins with the law, they pretty much started from scratch with Modere.

If you are willing to take a chance, you might be able to make a little money, but this isn’t the best opportunity for sustainable income.

I’ve been involved with network marketing for over ten years so I know what to look for when you consider a new opportunity, and Neways has some red flags.

Next: Norwex: Can you clean up with this eco-friendly MLM? [Review]