Primerica: Should you join this successful life insurance MLM? [Review] 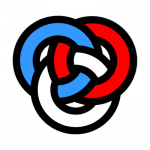 It’s the insurance no one wants to think about until it’s too late. But when we do think about it, we all want to work with a reputable business that’s here to stay.

No one wants to turn in a claim while grieving a loved one and discover the insurer went belly up years ago.

Primerica is a network marketing company that offers life insurance plans and other financial services. Like no other company in this industry, they’re also an MLM.

Granted, it’s not your typical MLM category like skincare or home jewelry, and direct selling isn’t a common method for selling life insurance, but Primerica is making it work.

The question is, can it work for you? Let’s take a look.

2. What are Primerica’s most popular products? Term Life Insurance is Primerica’s flagship product and what they’re most known for. Their term life insurance plans are reasonably affordable, and they were given an A+ superior rating by A.M. Best, a rating only the top 15% of life insurance companies achieved.

4. Is Primerica a scam? No, Primerica is a publicly traded company that sells real insurance and financial products. Scam or not, though, to succeed with this MLM, you’ll need to go through more training than with other MLMs. Insurance is a highly regulated industry, so you’ll need to understand the products you’re selling, what the regulations are, and how to talk about them so you’re compliant. That being the case, you’ll need to pass your insurance licensing and possibly other training as well.

5. What is Primerica’s BBB rating? A+

6. How long has Primerica been in business? Since 1977

9. What lawsuits have been filed? In 2014, Carolyn Arline and Machell Amador filed a lawsuit against Primerica for refusing to pay the full benefits due under the life insurance policy. [1] In 2013, Primerica was faced with 238 retirement plan cases, where they were accused of bad investment advice. [2] In 2014, Primerica set aside $9.3 million to settle with these people. [3] This was a big news story, and led to Primerica being asked to testify in 2015 against a new regulation designed to protect retirement savings from dodgy investment managers. [4] In 2012, Miriam Arellano filed suit against Primerica for breach of contract, consumer fraud, and negligence. Mrs. Arellano was awarded compensatory damages of $82,000 and punitive damages of $1,117,572. [5] In 1998, The Securities and Exchange Commission instituted proceedings against PFS, a subsidiary of Primerica, for failure to reasonably supervise four of their representatives. [6] In addition to these cases, there have been a lot of “interpleader” cases, where there’s a debate over who should receive the life insurance payout. [7]

There’s big money in the life insurance industry, so should you join up with these guys?

Product-wise, the insurance company seems legit. But as far as the business opportunity goes, there are better ways out there to make a sustainable passive income…

Either way, here’s the full review on Primerica.

Primerica was founded in 1977, went public on the NASDAQ in 1983, and split off from their parent company Citigroup in 2010. They’re now headquartered in Duluth, Georgia. [8]

According to Forbes, Primerica founder A.L. Williams began his career in life insurance after his father died and their whole life insurance plan ended up being worthless. He was distraught over the poor options for life insurance and lack of knowledge regarding those options among the mainstream population.

Basically, back in the 70s, companies were pushing expensive whole life insurance policies on Americans who didn’t have a lot of financial knowledge, convincing them that it would not only protect their family in the event that they die, but that it was also a very smart investment. Whole life insurance pays out no matter what, accrues interest over time, and you can even take out loans against it, whereas term life insurance only pays out if you die within the policy’s term (10 years, 20 years), and it has no cash-in value.

But here’s the thing: term life insurance is super cheap… like, a few dollars a month cheap. Whole life insurance is very pricey, often in the hundreds, and a lot of these predatory companies promised lifetime payout but found loopholes to get out of paying out once the insured person actually died. Exactly what happened to A.L. Williams when his father died.

So, he started Primerica (first called A.L. Williams & Associates) as a life insurance and financial services company that would serve Main Street America. Their slogan, “Buy Term and Invest the Difference,” and their focus on educating mainstream America about their options caused many people to leave their whole life insurance policies and buy into this new term life insurance company. [9]

Pretty quickly, they grew to become the largest seller of life insurance in the U.S., and they really did transform the industry. Now, Primerica is the largest independent financial services marketing organization in North America. [10] Operations extend throughout the U.S., Canada, Puerto Rico, and Guam.

Primerica started out with a great mission that transformed the industry, but a lot of their success has been due to the way they treat their employees and agents (distributors). Right off the bat, A.L. Williams knew that his salespeople would be the lifeblood of his company, and he places a huge emphasis on “pushing up” his employees by holding weekly video conferences with them and speaking to each one of his hundreds of thousands of agents personally.

It shows, too. Their employee reviews on Indeed are extensive, and with 1.3k reviews, they still manage to maintain a 4-star rating. [13]

I won’t bore you with the financial details of each and every product, but I will talk a little about some of their more popular products.

This is the product they’re most known for. Their term life insurance plans are reasonably affordable, and they were given an A+ superior rating by A.M. Best, a rating only the top 15% of life insurance companies achieved. [14]

The biggest complaint most people have about life insurance companies is that they find ways of not paying after your loved one dies, so the fact that they pay their claims on time and with reliability is a huge strength. There have only been a few cases of this not happening, so it’s definitely not the norm (see lawsuits in the FAQ above).

One of the big drawbacks here is the fact that they use network marketing, so their Agents have a high turnover rate. As a customer, instead of working with the same person for years, (someone who has likely built a career in life insurance), you could be working with a life insurance newbie who’s going to quit in 6 months.

There’s a $99 cost to join — more and more, it’s looking like this is the standard price for start-up kits at newer MLMs (see: Monat or Paparazzi).

You don’t get any product, obviously (no physical product to be had), but it does pay for state insurance and financial services exams that you may need to take as well as your license to sell life insurance.

They highly encourage you to pay an extra $28/month for access to their online tools.

Commission is 25% on all financial services sales, which is kind of low, but not bad considering that the product is recurring monthly as long as customers don’t cancel their policy.

Your commission can jump all the way up to 70% if you can advance your rank quickly enough, and you also get 10% overrides on your personal recruits.

You’re highly encouraged to start with a “warm market” — a list of friends and family you want to sell to. First red flag. MLM destroys friendships, no joke. You don’t want to be THAT guy who’s trying to make a dollar off your cousin.

What’s even worse, though, is when you run out of “warm market” friends to listen to your sales pitch and you have to hit up your “cold market” — aka walk up to random strangers and ask them to buy your life insurance. Sound like fun?

To most people, it doesn’t. That’s probably why the average Primerica rep only makes barely over $5,000 in annual income. Literally below the poverty line. [16]

Also wayyyyyyy less than what you can make working for a traditional life insurance company (average salary at State Farm, for example, is $32,000). [17]

So the company is legit, and their life insurance seems to be some of the best on the market.

Primerica’s also got a great corporate culture and a solid mission.

But the direct selling structure is their fatal flaw: it’s just not possible for over 99% of the people who buy into MLM to make good money and avoid alienating their friends.

It’s just not a strategy that works for anyone but the top .001%.

If it really is the products that intrigue you, and you want to give it a shot, going with a company that has been in the game a while isn’t a bad way to go.

But if it’s just the income opportunity you’re after, you might just be wasting your time.

Look, not a hater of Primerica but I’ve been involved with network marketing for over ten years so I know what to look for when you consider a new opportunity.

Next: Powur: Can green energy change the world & make you rich too? [Review]