Stream Energy: Growing opportunity or a waste of your time? [Review] 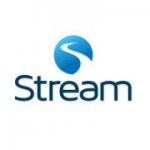 The business plan is cool…

Selling energy by word of mouth. Breaking away from Big Brother. Getting your basic services from a company you can trust.

And don’t get us wrong…

Stream’s become a real competitor among energy providers. But is it a good MLM opportunity?

Stream (formerly Stream Energy) is a network marketing company based in Texas that offers energy in some parts of the nation, and wireless, protective, and home services nationwide.

Stream has been selling energy and natural gas to residential and commercial customers since 2004 through a network marketing model. Now, they have a range of streaming products that are available in every state. And they’re killing it.

2. What are Stream’s most popular products? The Free Energy Program sets Stream apart from traditional energy providers. Customers earn a Free Energy bonus when they refer family or friends to Stream. The new Budget Power Plan is likely to be a favorite. Customers enrolled in this plan pay the same amount for their energy bill every month, as long as their monthly usage stays within their pre-chosen usage block.

3. How much does it cost to join Stream? To become a Stream representative, you’ll join Stream Ignite, their MLM branch. There’s a one-time enrollment fee of $199. You may also decide to pay $24.95 per month to access the SMS (Stream Marketing System). This gives you the tools, training, and home office support you need to run your business.

4. Is Stream a scam? No, Stream is a legitimate business, providing legitimate services. They’ve been recognized as a 2017 Direct Selling Association Top 20 company. In 2016 they earned the Most Innovative Marketer of the Year award by the Energy Marketing Conference and ranked #14 on Direct Selling News North America 50.

8. How many Stream distributors are there? Stream reported that more than 4,000 independent associates attended the 2018 Ignite event. Other than that, the company hasn’t published any numbers about their reps.

9. What lawsuits have been filed? In 2018, a class action settlement was approved to be paid by Stream in response to a 2015 suit by Steven Basile. who alleged he had been charged higher rates than had been contracted. [1, 2, 3] Also in 2015, a suit was brought against Stream that alleged they operated a pyramid scheme in violation of federal racketeering laws. Stream strongly denied the charges. [4] In 2015, Stream was awarded $346,000 in legal fees arising from a lawsuit by Soavei, falsely claiming misappropriation of trade secrets. [5] In 2014, Stream sued Reshea Toatley and Wendi Lane for contract – consumer/commercial/debt; Kathylyn Applin, Chandra Marcell, Michelle Doherty, Jacqueline Carmichael, and Sharolynne Munson for debt claims. [6] In 2008, Michael Massingill sued Stream for ownership of the Arsenal software he developed for them. The case was dismissed. [7]

Not a bad company at all but if it’s just the income opportunity that excites you, there are more sustainable options out there…

Either way, here’s the full review on Stream Energy.

Energy is a gray area product due to federal regulations — energy MLMs can only operate in certain states that have deregulated energy markets.

That said, they are expanding. Stream Energy has expanded its energy territories to include Ohio, Illinois, and Delaware, in addition to their deregulated territories of  Texas, Georgia, New York, Pennsylvania, New Jersey, Maryland, and D.C.

This limitation is probably why they’ve worked hard to launch other product lines that can sell nationwide. In 2012, they launched a “Clean Nation” Energy Program that sells Renewable Energy Certificates (RECs) [8] In 2015, they released mobile services starting as low as $30 a month.

Needless to say, this isn’t your typical MLM. No fun parties, no sexy products — their associates arrange local meetups called “Business Presentations” to try and sign on new customers, so it’s pretty much as boring as it gets other than maybe Tupperware and vacuum cleaners.

However, it seems to be working for them. They’ve earned over $8 billion since they opened up shop.

While the reps for energy MLMs will tell you signing on makes more sense and saves you more money, it’s not always the case. Some people claim they’ve been ripped off and scammed by energy MLMs, and in a market that’s not transparent or easy for consumers to understand, it’s definitely possible. [9]

Back in 2011, they even had a lawsuit filed against them alleging that they were a pyramid scheme (yawn, them and every other MLM). While Stream won the lawsuit, it was found that in 2008 more than 30% of their energy customers were also distributors.

Kinda shady, but nothing new for MLM.

But even if you can get over the shady deals, can you make any money?

So, they’ve got energy products. What does that mean?

They claim their energy is clean, produced (at least in part) through wind and solar power (see: Powur). [10]

The only discernable difference between their energy and whatever energy company a person would normally deal with is price. But is it any cheaper?

That’s where it gets iffy. The advantage their distributors have is that it’s hard for customers to know if the product they’re buying will be cheaper until they’ve seen their first bill. Their distributors are actually trained not to discuss rates with prospective customers.

It’s obvious why. Some sources state that Stream Energy costs as much as 2 or 3 times state-owned energy companies. [11]

Reviews from customers give them only a 2.37 out of 5 though, with a lot of them complaining about the costs. [12]

But, if you sign on as a distributor and manage to make enough sales to recoup your costs, you definitely save money. You earn 25%-100% off your energy bill — if you’re really good at pimping yourself out to friends and family. That’s how they reel people in, and that’s why they’ve been accused of pyramid-scheme-like activity. [13]

In addition to energy services, they offer:

They do give some good bonuses starting out, with the chance to get up to $400 in bonuses in your first 90 days if you enroll enough new customers.

After that, the profit may start to plateau if you aren’t really hustling.

The compensation plan is super confusing, but compensation on customers you personally enrolled paying their bills (Monthly Earned Income – MEI) seems to boil down to about $.50-3.00 a month for each customer. Chump change. Basically, you have to be able to get a ton of people signed up to make any money off MEI. 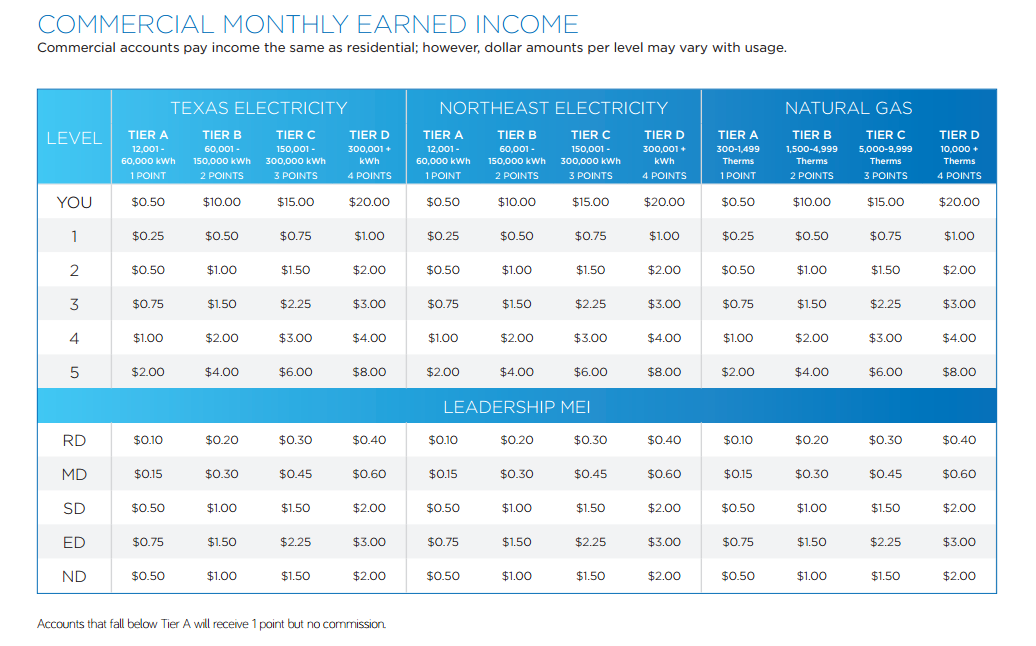 You can make money off your recruits, but they have to close a sale within the first 30 days. You also have to meet a certain amount of customer points each month to qualify for team bonuses (or for money on personal sales).

Team bonuses range from $25-100 depending on your rank, but for all the bonuses, your team member has to enroll a handful of new customers (up to 15 for some of the higher bonuses).

You can earn a bit more by enrolling commercial accounts if they use enough power (some of these larger accounts pay out $10-20 a month). Still not rollin’ in the benjamins.

Basically, you really have to build an empire to see any significant income, and that isn’t easy.

In 2008, the average take-home pay for an entire year for a distributor was $174. Not even good side money.

In fact, the company banked a whopping $9 million in fees just from distributors who never made a single penny. So, basically, they’re profiting off you while you’re making nothing.

So, their product is definitely legit but overpriced.

But who cares if they’re shaped like a pyramid, an octagon, or a star, as long as you’re raking in the commission checks, right?

Well, with the average annual income for their distributors being $174, this gig isn’t even enough to buy you a dollar menu breakfast every day, let alone provide you with financial freedom.

I’m not a Stream Energy hater, by any means. But when it comes to the income opportunity, it’s not hard to see that your time could be better spent elsewhere.

Next: Rankings: Best fat burners for women of 2019