Avon: Is this the end of an iconic beauty brand? [Review] 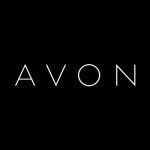 Even so, their status as one of the first major network marketing companies has made them the biggest name in the MLM space, rivaled only by Amway.

Add to that their squeaky-clean reputation, and they’re unlike other MLMs that reek of manipulation and hype.

But like other iconic brands that are losing their foothold or outright dying out (think Sears and Macy’s), Avon has been in a steady decline for the last decade. Clearly, they’re struggling to transition from door-to-door sales to e-commerce.

Is it smart to join them? We’ll let you decide.

1. What does Avon sell? Best known for door-to-door sales of makeup, Avon carries a full line of products for women: skin care, wellness, bath and body, fragrance, jewelry, fashion, home, and even products for men.

2. What are Avon’s most popular products? One of Avon’s most popular products is the Skin So Soft Original Bath Oil, their iconic bath oil for truly pampering yourself. Newer favorites are the Anew Ultimate Multi-Performance Day Cream, an anti-aging moisturizer that recreates the look of youthful skin; Anew Clinical Eye List Pro Dual Eye System, a 2-in-1 eye cream/gel duo that lifts and depuffs your eyes; and Avon’s True Color Lipsticks, which include 40 shades in two finishes, satin and shimmer.

3. How much does it cost to join Avon? It costs just $25 to join Avon, plus the costs of your starter kit. You have three options for your starter kit: $25 quick Starter Kit, $50 Advanced Starter Kit, and $100 Premium Starter Kit. As you might expect, the premium kit gives you more products and samples, and more sales tools and training. Regardless of which kit you choose, you’ll get free online training and a free personal website.

4. Is Avon a scam? No, Avon is a publicly traded company that’s well respected in the direct sales industry. They’re probably the oldest MLM and rank just below Amway in the Direct Selling News 100. And they seem to take care of their reps—some having been with the company for ten years or more, earning six-figure incomes.

8. How many Avon distributors are there? 6 million

9. What lawsuits have been filed? In 2018, a lawsuit was filed against Avon by Caroline Ruiz for firing her from an executive job in Avon’s Manhattan headquarters after disclosing her pregnancy and asking to work remotely for a week. [1] A class-action lawsuit was filed in May 2018 for alleged failure to warn employees of a mass layoff at their Orlando location and other sites. [2] In 2016, they paid $6.25 million to settle a pension management class-action suit. Avon had been accused of mismanaging funds in pension accounts during a Foreign Corrupt Practices Act investigation. [3]

Product-wise, these guys are solid. They’ve developed a name brand over the years that women love.

Business opportunity-wise, however, the company is a little played out. Not saying it would be impossible to still make money with Avon, but there are certainly more sustainable options out there.

Either way, here’s the full review on Avon.

Avon was founded wayyy back in 1886, before your Grandma, by a New Yorker and door-to-door salesman David McConnell.

If it wasn’t already clear that they’re struggling to keep their head above water, in 2015, Avon sold the remainder of their North American business and moved their headquarters over to the UK, cutting some 2,500 jobs worldwide in the process. And that’s just full-time employees – it doesn’t even begin the cover the impact on their representatives. [6]

Supposedly this is all part of a plan to turn themselves around, but it reminds me of the violinists who played music to ease the pain of people on the Titanic as it sunk. And we know it’s not helping, because a class-action suit was filed in May 2018 for laying off a third of their workforce (950 employees) without the 60-day notice required by the WARN (Worker Adjustment and Retraining Notification) Act. [7]

How much does Avon cost?

The sign-on fee to become an Avon Sales Rep is $25, one of the lowest in MLM (see the full rankings).

However, the start-up cost doesn’t include much. You still have to purchase a starter kit with samples, products, Avon brochures, and other marketing materials. That will set you back another $25, $50, or $100, depending on the kit you choose.

Avon sells make-up, skin care products, perfume, home goods, and even accessories and lingerie. Of course, they’re known for their make-up, so that’s what I’ll focus on.

Almost every single MLM out there overprices their products, but Avon actually has incredibly reasonable prices…and not just for an MLM, but even compared to drugstore brands.

Many of their products, from foundation to lipstick to eyeliner, can be purchased for $6-$20, with some products on sale for as low as $2.

While Avon certainly isn’t going to win any contest for best cosmetics line in the world, especially up against uber-popular and forever trendy brands like Urban Decay, NARS, Benefit, and MAC, they are generally well-liked (especially at the price point) and very well-established.

The Skin So Soft Original Dry Oil Body Spray has long been one of their most famous products, partially because it does what it says (makes your skin so soft), but also because people have discovered that it’s one of the most effective insect repellents. Some claim it works even better than DEET. [8]

A-F33 Treatment, a “miracle” anti-aging cream, stirred up such a buzz that it gained a 60,000 person waiting list and eventually became Avon’s fastest selling product ever. It’s been hailed by dermatologists as the biggest breakthrough in skincare for two decades. [9]

Their skincare products have been praised for their anti-aging and moisturizing benefits. Their insect repellent and sunblock are very highly rated.

There are no reported side effects associated with Avon products.

Avon is one of those rare MLMs that allows you to make an OK supplemental income on selling alone, without ever recruiting a single team member. In fact, many Avon Sales Reps do just that. It’s refreshing to see this model is still around when most new MLMs all but require you to recruit, recruit, recruit.

Commission on personal sales ranges from 20%-50% depending on the product and your rank, which is pretty good.

Once you start recruiting a team, you open up a wider range of earning opportunities, from team commissions to rank bonuses to cars and vacations.

However, the vast majority of Avon reps make only a few hundred dollars a month, if that. It’s certainly not a full-time wage, but it could be a fun side job for some.

Overall, Avon is clearly one of the most well-established, ethical MLMs out there.

Avon has made a respectable name for themselves for over a century now, but if they don’t make some big changes quickly, it looks like they might be going under for good. Even if they manage to stay afloat, the sale of their entire North American operations proves that the company will never be the same again.

After a while, being the oldest player in the game stops being an advantage and starts being a disadvantage. It’s clear that Avon has had trouble adapting to new times and new trends, and their products are just NOT achieving the popularity they used to, even just a couple of decades ago.

On top of that, the fact that they follow all the rules better than that kiss-ass you always hated in Kindergarten might win them brownie points with the SEC and FTC, but it might also be making it difficult for them to compete in a world filled with MLMs that bend and break the rules to such an extent that they find themselves under investigation in less than a decade.

Even the brightest stars die out eventually, and Avon is flickering.