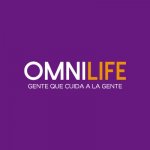 But sometimes, the ride to the top is full of shady deals and broken rules.

Is that the case for Omnilife? We’ll let you decide.

Their founder went from selling street tacos in Guadalajara to smuggling thousands of $$$s worth of Herbalife supplements across the U.S.-Mexican border, to billionaire, CEO, and movie producer.

Omnilife is pretty much the “Latin American Herbalife” as the two companies’ products are strikingly similar and the founder was a former distributor of Herbalife back in the day.

1. What does Omnilife sell? Omnilife provides nutritional supplements with a unique blend of ingredients vital to a healthy life. Committed to improving the lives of people around the world, the company sells nutritional, personal care and cosmetic products.

2. What are Omnilife’s most popular products? Their top sellers are the Cafezzino de Olla Supreme, a dietary coffee with green coffee bean extract for weight loss; Aloe Beta Bottle, a drink designed to cleanse, detox, and heal the body; Magnus, a vitamin, mineral, and amino acid supplement; and OML Plus Gel Premium, a gel moisturizer loaded with antioxidants, vitamins, and moisturizing agents to soften and smooth the skin.

3. How much does it cost to join Omnilife? To join, you need to buy a distributor kit, which costs $39. It includes a bottle of supplements, 2 promotional DVDs, a catalog, a training manual, and a backpack for additional marketing and training materials.

4. Is Omnilife a scam? Probably not. There may be some shady business practices going on, and you’re not likely to get rich with Omnilife, but they appear to be a legit business.

5. What is Omnilife’s BBB rating? Omnilife isn’t listed by the BBB.

9. What lawsuits have been filed? In 2015, Angelica Fuentes Tellez filed a lawsuit against Jorge Vergara, founder of Omnilife, for violating the Racketeer Influenced and Corrupt Organizations Act. She alleged Vergara tried to force her to give up her shares in Grupo Omnilife by ousting her from Grupo Omnilife, then taking complete control of Grupo Omnilife and Omnilife USA, including a pattern of racketeering behavior such as mail fraud, wire fraud, and extortion. [1] In 2017, Vergara made a motion to compel arbitration and a motion to stay discovery, both of which were denied. [2]

It sounds like a stable company. But as far as an income opportunity goes, there’s better options out there.

Either way, here’s the full review on Omnilife.

Omnilife is a Mexico-based MLM founded in 1991 by Jorge Vergara. They’re headquartered in Guadalajara, Mexico.

Vergara is still the company’s CEO, and he’s a pretty important dude. He’s a famous Mexican businessman and film producer, and he’s got a net worth of $1.5 billion. He produced noted films such as The Assassination of Richard Nixon and Y Tu Mamá También, an Academy Award-nominated film that is still one of Mexico’s most acclaimed.

But mostly, Vergara is known for his rise to the top, going from selling street tacos to having a 10-figure net worth. He got into real estate in Mexico in the 80s and met John Peterson, a salesman for Herbalife. [3]

Peterson recruited Vergara to sell Herbalife products in Mexico even before Herbalife received approval from the Mexican government. The two worked together to smuggle Herbalife products into Mexico. I just picture him getting stopped at customs on suspicion of smuggling cocaine or something, only for the officer to open up his bags and find out he’s been smuggling overpriced herbal supplements, LOL.

Anyway, that didn’t happen, because Vergara used his street smarts and business schmooze to get the Mexican government to eventually approve the products. Vergara took the approval and ran with it. Instead of continuing with Herbalife, he started his own nutrition MLM in Mexico called Omnilife.

Now, Omnilife is one of the top 200 companies in Mexico. They have nearly a million distributors and an annual sales of around $406 million. They were ranked 45 on the DSN Global 100 List for 2016.

Their motto is “People that take care of people.” According to Vergara, this means bringing people better health and energy and empowering a dedicated salesforce.

In 2014, a popular television program in Argentina, one of many countries in which Omnilife is operational, used a hidden camera to show that Omnilife distributors make wild, unprovable claims about the benefits of their products. The distributors encourage customers to recount traumatic or significant life events, and then market the supplements as therapeutic. However, studies show that the products are just typical dietary supplements with absolutely no therapeutic properties.

How much does Omnilife cost?

You need to purchase a distributor kit in order to join, which costs $39. It includes a bottle of supplements, 2 promotional DVDs, a catalog, a training manual, and a backpack for additional marketing and training materials.

To remain active, you must purchase a minimum of 300 Personal Points (PP) worth of product each month.

Many of their nutritional formulas include synephrine HCL, caffeine, green tea, and coffee powder. The nutritional and weight loss plans are not cheap – a month’s supply can cost upwards of $200.

Of course, there are no clinical studies to support their many health claims, which range from physical to therapeutic to mental, and the products are not FDA approved (see: Purium and Nefful).

They have a variety of products for targeting the following benefits:

Synephrine, an ingredient used in many of their products, can cause rapid heart rate increases and increases in blood pressures. A number of customer complaints support this. [4]

Synephrine combined with caffeine is even riskier, according to the Finnish Food Safety Authority, to such an extent that Denmark and Sweden have declared these supplements unsafe to health and they aren’t allowed to be marketed there. [5]

Personal commission depends on how much you sell in a month, and ranges from 20%-50%.

A Quick Start bonus of 10% is offered on the purchases of your personal recruits within their first 90 days at Omnilife. This is in addition to your level overrides.

Level overrides are offered in the following structure:

Team Builder Bonuses award distributors with a Silver Supreme rank or higher 2% commission on the sales of their downline from Level 4 and down, as long as their downline contains at least one Silver Premiere member or higher.

Generation overrides are offered in addition to level overrides for Gold members.

Diamond and Double Diamond members earn 2-5% down to their 6th Generation.

Omnilife was started by a true hustler, and he’s put in work. But is it a good deal for the rest of us?

The products are nothing special. Just a typical nutritional MLM. And the warnings and side effects are a little alarming.

The compensation plan is way more confusing than it needs to be. Do they expect your average person (i.e. someone who doesn’t write about compensation plans on the daily) to understand exactly how to make money with Omnilife?

No, they don’t. In fact, they’re counting on it. If new reps really understood how compensation works, they probably wouldn’t join. Because only a very, very small percentage (less than 1%) of these reps will ever see any real money. Most won’t even make back the money they spend.

Look, I’m not a hater of Omnilife, but I’ve been involved with network marketing for almost ten years so I know what to look for when considering an income opportunity.

Next: Oriflame: Cosmetics that dazzle but won’t make you rich [Review]