Oriflame: Cosmetics that dazzle but won’t make you rich [Review] 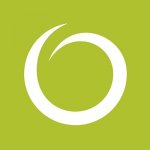 Oriflame wants to be Prom Queen at the MLM Ball, and they just might win the crown…if they can knock out a few serious contenders on their way to the top.

Their vision is to become the #1 beauty direct sales company in the world, and they’re only a few slots off. However, some of the beauty queens ahead of them (Avon, with over $6 billion in annual revenue, and Mary Kay, with almost $4 billion) don’t take kindly to competition.

Should you get involved in Oriflame?

Keep reading to find out.

2. What are Oriflame’s most popular products? Some of Oriflame’s popular products are their Royal Velvet Night Cream for skin over 40; the ONE IlluSkin Face Primer, a tone-enhancing face primer that evens the skin tone and extends the wear of your foundation; the diamond Cellular Micellar Solution Cleanser, an all-in-one cleanser, toner, and makeup remover made with Micellar technology; and NovAge, scientifically advanced skin care designed to correct and slow the signs of aging.

3. How much does it cost to join Oriflame? You can join for free, but it’s recommended that you buy a start-up case for 20 Euros. (While they have a U.K./U.S. catalog, they don’t recruit distributors in the U.S. Good luck if you’d like to build a business state-side.)

4. Is Oriflame a scam? No, Oriflame is a publicly traded company that’s well-respected for their quality products.

8. How many Oriflame distributors are there? 3 million

9. What lawsuits have been filed? In 2018, Oriflame was slapped for illegally using Fifa World Cup imagery. [1] Also in 2018, Vietnam penalized Oriflame for MLM violations. [2] In 2014, Russia searched Oriflame’s Moscow offices and seized documents related to unpaid taxes amounting to $84 million from 2006 to 2010. Oriflame protested that their tax practices were in accordance with local and international legislation. [3]

While they offer some great products, the income opportunity offered by Oriflame isn’t nearly as impressive.

Either way, here’s the full review on Oriflame.

Oriflame is a Swedish cosmetics MLM founded in 1967 by brothers Jonas Jochnick and Robert Jochnick. They have been a publicly traded company on the NASDAQ since 2004.

Since launching 50 years ago, they’ve expanded to operate in over 60 countries around the globe, and they now have a Salesforce of 3 million independent consultants.

Their corporate offices are now located in Luxemburg and Switzerland, and they have global production centers in Sweden, Poland, China, Russia, and Ireland.

Oriflame has expanded to sell its products in almost every corner of the globe…except the United States, interestingly.

They sell all over Europe, in Asia, Latin America, Africa…but nowhere north of Mexico. You can still order Oriflame products from their UK website and have them shipped to the U.S. (with international shipping costs), but they don’t have any consultants reppin’ the red, white, & blue (the bald eagle-lovin’, burger eatin’ red white and blue, not the baguette and stinky cheese one).

How much does Oriflame cost?

It is free to become an Oriflame consultant. Yep, 100% free. You do need to purchase a catalog so you can show off your products to potential customers, but the catalogs cost something like $.35 cents.

If you don’t make any sales for 12 months, you will lose your Consultant title and have to sign up again if you want to continue selling. If you don’t sell anything for a year, you should probably just throw in the towel anyway.

The Oriflame catalog consists of over 1,000 Swedish beauty products that are naturally-inspired and vegan.

They have a Skin Research Institute where new, innovative products are created. They’re then sent to the company’s global research and development center where they employ over 100 scientists to test and perfect new products.

Products are all naturally-based and vegan. They include makeup, fragrance, skincare, bath and body, hair, accessories, and men’s products.

Here are some top sellers:

As you can see, very reasonably priced. Anti-aging cream for £5.95? There are some MLMs that sell that stuff for triple-digits. Whether or not it actually works is another question – you get what you pay for.

Benefits associated with their skincare products have not been proven, but claims include:

There are no known side effects associated with Oriflame products.

Commission on personal sales is made via retail commission, which is the price difference between your discounted price as a consultant and the product’s actual retail value.

So that’s an added 10% in commission, which is pretty significant. Therefore, you really want to be making orders of £130 or more at a time. Parties are the best way to do this (eyeroll at in-home parties), because if you’re selling to one friend at a time you probably won’t hit that mark. You might end up ordering extra product to get 30% commission and hoping to sell it only to be left with a basement full of unused skin cream.

There’s also a delivery charge of £4.50 per order.

The rest of the comp plan is pretty typical MLM…levels, bonuses, and rank advancements galore.

After that, you become a Senior Group Manager and start earning on indirect consultants in your downline too (5%). As a District Manager, 4.5% bonus is tacked onto all your commission rates on both personal sales and the sales of members in your downline.

This continues on and on to Executive Director rank, where you can really get rich off this scheme. Of course, that ranking includes only a handful of the company’s millions of consultants.

There’s almost no barrier to entry. It’s free to join.

So, if you really like their products, it’s a great way to get a good discount. Who knows, maybe you’ll even make a few bucks selling eye cream and mascara to your gal pals or coworkers.

What you’re not going to get, though, is rich. That’s just the way MLM is set up – a select few make it to the top of the pyramid and leech off everyone below them.

This company has been around long enough to already have plenty of top consultants, meaning there’s not much room for you to make your way up there.

I’ve been involved with network marketing for almost ten years so I know what to look for when you consider a new opportunity.

Next: Paparazzi Accessories: Cheap and trendy wins the day [Review]