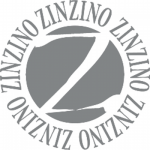 In most cases, things that come from Sweden seem more trustworthy, not less.

But there are always exceptions.

Zinzino is a health and wellness network marketing company that offers nutritional supplements like fish oil, along with a “product circle” aiming to create balanced health.

Curing the world of all its ailments, lengthening the human lifespan, and hitting a million customers in the next few years are just a few of their ambitions.

But can they be trusted to make all this magic happen? We’ll let you decide.

2. What are Zinzino’s most popular products? One of their flagship products is BalanceOil. It comes in capsules or liquid form, with or without a test-start kit. For weight control, their LeanShake is popular. They claim it can help you lose 5, 10, or 20 pounds, depending on the package your purchase.

3. How much does it cost to join Zinzino? You can start as a Partner for free, earning retail profits and bonuses for subscription sales without investing a dime. But you’ll probably be asked to invest up-front. Options may include $60 for the Training Kit, $219 for the Basic Body Kit, $649 for the Advanced Body Kit, or $949 for the Ultimate Body Kit. You’ll probably also be encouraged to register a Zinzino4Free Kit on AutoOrder. That will set you back anywhere from $44 to $109 a month.

4. Is Zinzino a scam? No, Zinzino is a publicly traded company selling real products. But you need to do due diligence before joining. There may be better options for improving your health and making some extra money.

5. What is Zinzino’s BBB rating? They aren’t listed by the BBB.

8. How many Zinzino distributors are there? No numbers have been released online.

9. What lawsuits have been filed? In 2017, Truth in Advertising found misleading income claims among Zinzino’s marketing. [1]

Does this mean you should get involved?

Either way, here’s 17 things you need to consider before joining Zinzino.

They got off to a pretty sad start, to be honest. But when they introduced health products, they took off running and were named the growth business of 2011.

But they’re still just getting started.

In 2016, they started plans to explode geographically, with aggressive expansion into multiple new markets, including Germany (watch out, Vorwerk), Europe’s largest market for direct sales. [3] 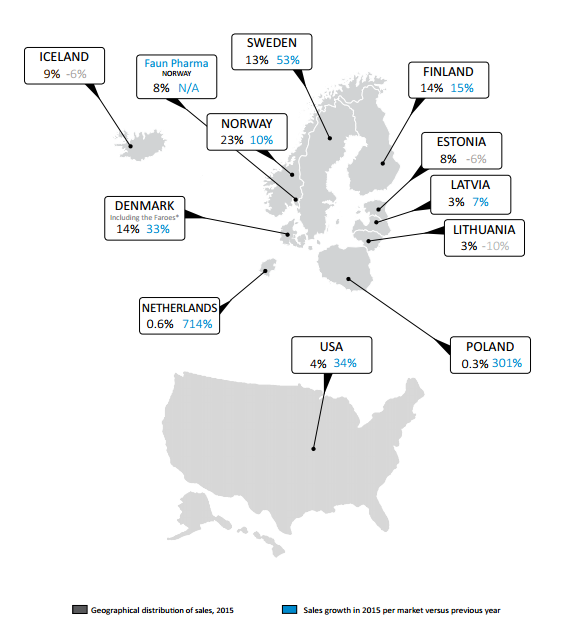 MLM distributors are not shy when it comes to fabricating their products, but Zinzino’s take it to a new level.

In Iceland, in 2015 the company had to send a warning to its sellers for making false health claims, such as that the oil fights ADHD, Asperger’s and dyslexia. [4]

#15. Warnings issued against the company

The false claims have gotten so bad that the Danish Consumer Council lawyers warn people to stay away from both Zinzino products and their recruitment.

They describe Zinzino’s practices as “on the edge of the law.” [5]

Eventually, they made enough in revenue to buy Biolife, the manufacturer of the fish oil and test that they sell, but before that, customers could easily buy their oils directly from BioLife at a cheaper price. [6]

And still, customers can buy their coffee products (like Organo Gold) much cheaper directly from the manufacturer.

You buy their coffee in a subscription for 12 months, so you get new pods every month. It costs about $349 for the machine and initial order, then another $33/month after.

Purchasing through the manufacturer, the machine alone is $234. You can then order a month’s supply of pods for $26 rather than $33. [7]

Basically, new customers are paying a huge markup on product just to get the rights to resell Zinzino products in hopes of a future payoff.

Zinzino sells both nutritional and coffee products. Their popular nutritional products include…

Overall, health products are about 75% of their sales while coffee is about 25%. [9]

#12. Their oil supposedly cures a dangerous imbalance all humans have

This is their major selling point.

Basically, we all have these omega-3 and omega-6 essential fatty acids, but we don’t have enough, and we don’t have the proper balance between the two. This is the root, they claim, of many of our health problems. [10]

To prove that you have an imbalance of fatty acids, they even sell a (pricey) BalanceTest that, after sent back, will give you results of your omega-3 and omega-6 levels.

When you inevitably have an imbalance, they claim their oils and shakes can help adjust and solve it. For many customers, this balance is improved after a few months, but…

Studies have shown that we do need more fish oil, but getting it from actual fish is highly preferable. [11]

Basically, the EPA content in your blood increases a lot faster and more sustainably when you eat fish versus when you take supplements. [12]

Commit to a 6-month subscription and you become a premier customer and get discounted product.

For example, the LeanShake lose 5 pounds challenge costs $249 for a one-month initial order, but it’s $108 a month if you subscribe

Most of their market is still in Europe, as you can see from this map. But they have offices and factories in both Norway and the US as well as plans for expansion. 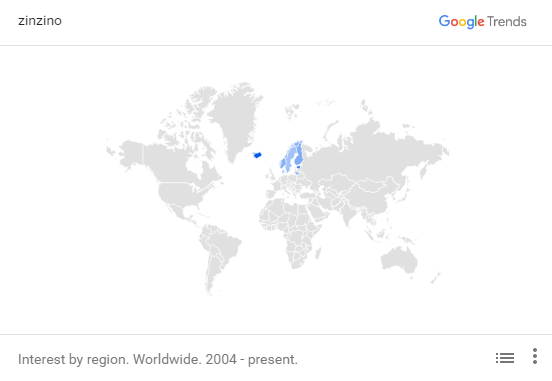 While they’re no Coca-Cola, their revenue has increased to an impressive $601.6 million annually.

So, they’re making some money. But are their distributors?

This is a big plus. Basically no risk for you, so why no?

There’s no fee to become an independent distributor and no purchase requirements, which almost never happens in MLM.

Distributors pocket the difference between wholesale and retail price.

They can earn anywhere from 10-50% profit depending on the product. That’s a huge difference, and it’s important to remember that most if not nearly all their distributors probably fall on the lower end when it comes to profit.

If you build a premier customer base (customers with monthly subscriptions), you can get 1-30% on their monthly orders. Again, huge range. 30% is great, while 1% is literal pennies on the dollar.

If you build a team of partners, you can get another 1-15% off their premier customer base. AGAIN, 1%? What?

You must be active to receive commission, which means ordering a minimum amount of product every month. So while it’s free to join, you really do have to spend money to get anything out of it.

They do a revenue sharing program too. In the range of 20-40 euros monthly (4-8 shares) in shares if you hit certain levels.

This man built up Nature’s Own to be the largest networking company in Scandinavia.

Yeah, until it completely tanked in the mid-2000s due to “questions about the legality of their sales model”. [13]

They have a 90-day return policy, but you have to return the products unopened and unused, and there’s a 10% restocking fee.

Kinda defeats the purpose of a return policy. Usually, you’d try the product, figure out you don’t like it, and THEN ask for your money back.

But it is helpful for new distributors, as they can order a bunch of product, and if they decide to quit, (in theory) they send a written notice and return product they couldn’t sell.

They are a public company technically, but First North is an unregulated unofficial branch for smaller companies and “growth” companies. Trading started for Zinzino 2014. [14]

#1. Their valuation has decreased steadily 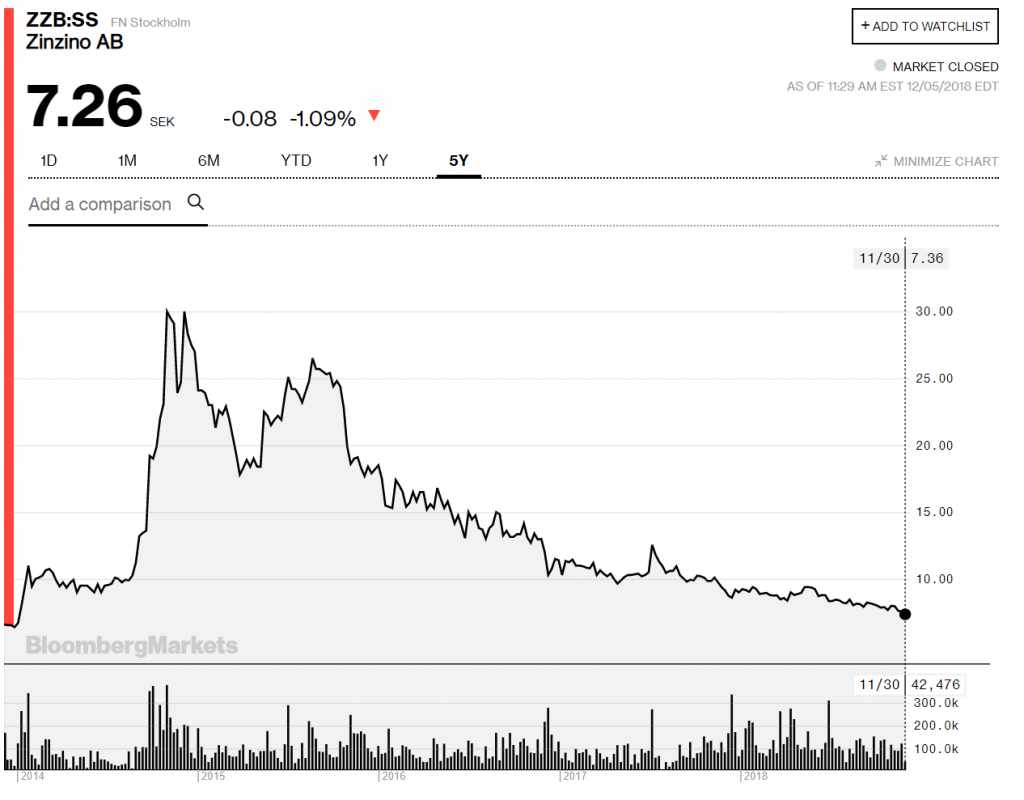 Zinzino isn’t a bad company at all. If you like the products and have a market, go for it. But as far as a money making opportunity goes, your time could probably be better spent.

Next: Younique: 14 facts you should know before joining [Review]