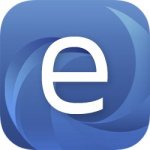 Empowr is a network marketing company that offers “the world’s first democratic social platform” and claims to return its profits to the community of users on their network.

Their website talks about how they are “committed to Democracy, Sharing, Sustainability and Justice.”

What’s more, their supposed goal is to help half the planet earn $25 a day or more. Even the World Bank hasn’t set their sights that high. [1]

Words like sharing, justice, and sustainability are powerful. Especially when they’re used to describe a potential money-making venture.

But don’t drink the kool-aid yet.

Keep reading to know whether Empowr is right for you.

1. What does Empowr sell? Empower is a social sharing site that lets you sell or share anything. What does that mean exactly? Well, think of Empowr as a social media platform, auction site, and e-commerce business all rolled into one. Members earn money by posting and sharing content on the platform, sharing physical products with others in the community (a bit like Uber’s ride sharing), and selling services and products in the marketplace.

2. What are Empowr’s most popular products? According to reviews, the social aspect of Empowr is one of the most attractive features. Members feel like they’re part of a real community.

3. How much does it cost to join Empowr? Nothing. You can join for free, but until you give them your banking information, you can’t earn, either.

4. Is Empowr a scam? We think so. While the technology is real, and apparently people enjoy the Facebook-like interface, it looks more like an online cult than a money-making opportunity. You’ll work hard for the “greater good,” invest your hard-earned money, and you won’t earn anything in return.

7. What is Empowr’s revenue? Empowr hasn’t released any information. Hoovers estimates it at $5.99 million. [2]

8. How many Empowr members are there? Empowr hasn’t released any information. Hoovers estimates 50 million members. [3]

9. What lawsuits have been filed? We didn’t find any lawsuits listed online. But we also noticed that all negative reviews and complaints had been erased on the BBB site. One review that hadn’t yet been removed mentioned that negative comments (read complaints) weren’t allowed on the site. It’s possible, negativity is policed on the internet too.

Empowr has got high aspirations. I can’t hate on that. But as far as an income opportunity goes, there are better options out there.

Either way, here’s the full review on Empowr.

Empowr brands themselves as a start-up, but the secret is that they’ve actually been around for quite a while. About 15 years actually, well past start-up shelf life.

It’s pretty common for MLMs to rebrand themselves and come up with a new name when they fail in an attempt to give themselves a clean slate. However, the amount of times Empowr has had to do that in order to run away from negative reviews is pretty astounding. [4]

Their co-founder, Michael Cyrus Pousti, has written a very self-aggrandizing book called America is an Idea and the American Dream is for Everyone: Why We Built empowr.com that appears to just be a poorly disguised and poorly written recruitment pamphlet for the company.

Before launching the many faces of what is now called Empowr, Pousti was the founder and CEO of CollegeClub.com back in the 90s. He also started Higher Educational Resources, Inc. during his final year as a computer engineering student — search engine technology that helped students find financial aid. The corporation became the first company to successfully commercialize internet searching. [5]

So Pousti has been playing the internet business game since it started. In fact, he practically invented it.

How much does Empowr cost?

The app itself is free to join. There are no immediate fees or monthly memberships, and if you never give them your banking information, you never have to pay a penny (although you won’t earn anything, either).

However, as you use the app to post, share, and promote digital content, the company charges you “advertising credits.” You start out with a handful of these credits but will soon run out, at which point the company will charge your bank account or PayPal account seemingly random amounts for these so-called advertising credits.

There’s no explanation as to how these amounts are calculated, but many users report having sporadic amounts of money withdrawn from their bank without their consent. If you have “earnings” (which aren’t real profits), the app will force you to pay exorbitant amounts of these fees before you’re allowed to cash out your earnings.

So while the app is free, actually participating in this program can add up quickly. The worst part is you have no idea how much it’ll add up to until you’re being charged.

Empowr is billed as a completely democratic, user-run social network that gives its profits back to its users.

It’s designed as a platform for advertising and promoting digital content, though, in that they charge you “advertising credits” to post things. Why you would want to pay undisclosed amounts of money to advertise on an app that doesn’t even see a fraction of the traffic that Facebook and Google do and is far less established is beyond me.

Regardless, the social network doesn’t appear to offer anything all that exciting or new. It also doesn’t have very good reviews on iTunes – 2.5 stars overall, and only 1.5 stars for the latest version. [6]

The only thing that’s more of a mystery than the cost of the app is their compensation plan.

They claim to have some sort of algorithm that calculates your earnings based on your posts, interaction levels, content, etc., but then they also tell you that you can post anything you want and get paid for it. Users report seeing anywhere from 60 cents to $2 per post in “earnings” but have no idea how the numbers are calculated.

Empowr reels you in quickly with an “earnings” counter that seems to keep adding up regardless of what you do. People will see their earnings get up to $300 or $400 after only using the app for several days, and some people even report getting notifications and emails of new earnings that accumulated when they weren’t using the app at all.

It’s all smoke and mirrors, though, as “earnings” aren’t actual profit. First of all, you have to wait 90 days for your earnings to “mature” — aka you only get paid every 3 months. And the “earnings” number you get is not the amount that will mature at the end of those 3 months. Because as you use this app, the company is also subtracting “advertising credits” from your earnings, and you have to pay those fees before you can cash out your “earnings.”

If you’re lucky, your earnings might be a few bucks higher than what you have to pay in fees, but a lot of users just end up losing money or getting hit with advertising fees they can’t afford to pay.

Here’s how one unhappy user said it:

“Where to begin..at first I though it was worth a shot and not only did all of the posting of pictures, blogs etc which was very time consuming and also added selling in ‘Market place’. This entailed sourcing product outside and paying to sell inside Fanbox ‘Market place’. Money earnt was in my account and here’s the rub …it was impossible because of the way it was structured, the constantly changing rules in order to qualify for payouts at the end of the month. IPL was forced on us and had to be repaid before you could cash out, plus fees every month and although I sold heaps of product I was always in debt to Fanbox.” –Shirley O (BBB review, 08/13/2018)

Empowr may be founded by an internet mogul, but it’s is definitely one of the fishier companies I’ve reviewed (see the full MLM rankings here). Literally nothing is transparent here.

Your earnings? A mystery. Your cost? A mystery. The value of the product? Also a mystery.

Doesn’t really sound like a business venture I want to hedge my bets on.

Look, I’ve been involved with network marketing for almost ten years so I know what to look for when you consider a new opportunity.

Previous: iMarketsLive: Staying Alive means staying legal. Can they do it? [Review]

Next: Neways: Can a rebrand fix years of legal battles? [Review]