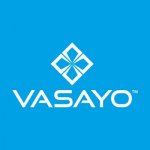 There are two reasons to start a business…

To solve a problem or to make the founders rich.

Which one is Vasayo? That’s the million-dollar question.

Vasayo is another nutritional MLM that swears their supplement will change your life.

They’re working off the idea that most supplements aren’t absorbed (which is true), but it’s doubtful their products are any different than the others already on the market, no matter how much they throw the word “science” around.

The MLM was founded by career direct sellers who ran their previous company into the ground. Can they do better this time around?

1. What does Vasayo sell? Vasayo sells nutrition supplements under the MicroLife sub-brand. Their products feature Advanced Delivery Technology (ADT), where nutrients are designed for superior absorption and delivery.

2. What are Vasayo’s most popular products? Their Eternal liposomal antioxidant super-blend gives you the antioxidants and polyphenols you need to fight the signs of aging. V-Tox is a food-and-plant-based blend of Fulvic Acid and cleansing herbs that detox your body on a daily basis.

4. Is Vasayo a scam? It’s unlikely. But there are a lot of red flags. It costs more than average to join Vasayo, and their commissions are lower than average. The products and the return policy have already begun getting complaints. So while the business sells real products, it doesn’t appear to be structured for the long-term success of its distributors. And here’s something else to think about: They’ve been in business for nearly three years now, and there’s not much news about them (unlike big winners like Beachbody, when it was new). There are hardly any business updates, no financial updates. and only hard-to-find information about how to join. Sounds sketchy to us.

7. What is Vasayo’s revenue? According to its founders, Vasayo generated $12 million in sales in its first month in business. [1] Other than that, we couldn’t find any numbers published online.

8. How many Vasayo distributors are there? No numbers have been published online.

9. What lawsuits have been filed? We didn’t see any lawsuits listed online.

So should you join Vasayo and start promoting their products?

Look, I got nothing but love for these guys, and product-wise, they sound great. But for sustainable passive income, there are better options out there.

Either way, here’s the full review on Vasayo.

It was officially launched in January of 2016, so they’ve actually only been in operation for a few years. If you know anything about MLM, you know that getting in early is almost the only way to hit it big, but you have to hedge your bets on a new company and hope they do well.

Husband and wife duo Dallin and Karree Larsen founded the company, and it’s not their first. They’ve been in the game for nearly 3 decades and have experience building companies up to the billion-dollar mark.

Dallin Larsen is both the founder of MonaVie, which had a pretty good run, and the President of USANA. So he’s got some impressive names under his belt. MonaVie was around for about a decade (they retired from the company when it was acquired) and made nearly a billion dollars in just a few years.

MLM founders love to tell the “we came out of retirement to start this company” story, probably because it does two things:

The couple tells Business for Home in a recent interview, “After having helped build two very successful companies in direct selling, Karree and I have decided to spend the rest of our days building a third and final company. We have every intention of leading this company until our last breath.” [2]

Vasayo is based in Utah (of course). As of January, their products are only available in the U.S. and Canada, but they have plans for eventual international expansion.

How much does Vasayo cost?

They’re also still offering a limited time Founders Package for $1,495 that gives you access to a 1% bonus pool.

To qualify for compensation, you also need to maintain 80 PV a month.

Vasayo currently has five lines of nutritional products, all under the brand name MicroLife. Their products are all based around the science of micronutrients and “Advanced Delivery Technology” (ADT).

Basically, most nutritional supplements are only marginally effective (or not effective at all) because they way they’re delivered (combined with fillers, additives, and binders) doesn’t allow your body to properly recognize and absorb their nutrients.

Vasayo claims that not only will you not find any of these potentially harmful additives and fillers in their products, but they use micronutrients and liposomes to make sure that your body absorbs all of the nutrients in their supplements. Basically, these liposomes are like bubbles around the micronutrient made of lipids that are easily absorbed into the bloodstream so that your system can get straight to the good stuff – nutrient absorption.

The technology was created by Dr. Emek Blair, who worked on his Ph.D. at the University of California, Irvine and the California Institute of Technology. His work on lipids got him 3 fellowship awards and his products and formulas have won him numerous awards.

Their five product lines are as follows:

Vasayo assigns a huge range of benefits to their supplements, including…

As for the science behind their supplements, there is actually some research to support the benefits of liposomes in nutritional supplements. A recent study traces back to a number of experiments throughout the past four decades that have shown liposomes are an effective drug and nutrient delivery system. The study even claims that the use of liposomes is expected to boom in popularity in the nutritional industry within the next 5-10 years, so Vasayo might be ahead of the curve on this one. [3]

So far, there are no known side effects associated with Vasayo supplements. However, they’re still relatively new, so it’s too early to tell.

That being said, although studies show that most people desperately need to increase their micronutrient intake, they also show that doing this through dietary intake (eating complex foods) is far more effective than using nutritional supplements in promoting nearly every benefit mentioned and then some. [4]

There are 18 ranks to the Vasayo compensation plan, which is a binary compensation plan requiring you to maintain two active affiliates (one on each branch) and one customer in order to remain active.

Retail commissions go up to 20%, which is a little low compared to some of the top-rated MLMs like Scentsy and Young Living.

You get introduction bonuses of 10%-20% on new personal recruits, as well as residual commissions on your lesser leg. They cap residual commissions at $27,500 per week (but good luck getting anywhere near that). You get paid $25 for every 240 GV accumulated on both sides.

They’ve got an actual product, and it seems to have some legit science behind it. That being said, it’s way too early to know whether or not their product will actually be successful.

Their compensation plan is fairly straightforward and transparent, but it’s nothing impressive. You’re definitely not getting rich off this company unless you get in early and make it to the top.

Since Vasayo just launched, now would definitely be the time to hop on board, if you’re set on this company.

But if you’re just looking for a way to start earning some side income, there are better options out there, even in the network marketing space.