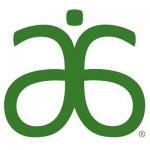 If you love beauty products but still hanker for chemical-free varieties, Arbonne is your go-to beauty brand.

Like an all-natural, cruelty-free, hippie peace-loving version of Mary Kay.

You can also think of them as Mary Kay’s little sister, always trying to catch up, but always just a touch behind.

Should you get involved with Arbonne? Here’s what you need to know.

1. What does Arbonne sell? Botanically based beauty, personal care, and nutrition products that support healthy living inside and out.

2. What are Arbonne’s most popular products? The product that put Arbonne on the map is their RE9 Advanced skincare line, with formulas that support healthy aging. In 2018, they released a collection of four RE9 Advanced Prepwork products: Cleansing Polish, Hydrating Dew Cream, Gel Eye Masks, and Soft Focus Veil Broad Spectrum SPF 30 Sunscreen—all vegan, allergy, and dermatologist-tested, gluten-free, and cruelty-free. These products are made with a superfood cocktail of ingredients that include vitamins C and E, omegas, and pea protein with antioxidant and phytonutrient properties. The goal? To preserve a youthful glow while safeguarding skin from external stressors such as dryness and UV rays. Perfect for people in their 20s and 30s, before skin is showing the effects of these aging factors.

4. Is Arbonne a scam? No, Arbonne is a legitimate business with legitimate products. It’s been around for decades and has earned respect for the quality of its products.

9. What lawsuits have been filed? In 2017, Arbonne was slapped with a class-action suit alleging they were a pyramid scheme and deceptively representing the income potential for independent consultants. In 2018, the case was settled and dismissed with prejudice. [1] In 2013, Arbonne was sued for causing liver failure after an Indiana woman used their 30-Day Feeling Fit Kit and developed toxic levels of green tea extract. [2] In 2006, a class-action lawsuit for falsely claiming that their Miracle Cold Buster product could prevent colds. In 2007, the FTC began investigating the cold-busting claims that Arbonne had been making since the product’s launch in 1999. Arbonne settled the case in March 2008 for $23,3 million. [3] In 1994, Arbonne terminated a distributor for distributing products for a similar company. They argued that their agreement was “at-will,” allowing them to terminate distributors for any cause or no cause. The court ruled in the plaintiff’s favor because her agreement did not specify any termination provisions. Those clauses had been added after she was with the company three years. [4]

The company is doing their best to catch up, but as far as income opportunities go, there are better options out there.

Either way, here is the full review on Arbonne.

Arbonne was founded in 1975 in Switzerland by Petter Mørck. He had years of experience leading a major Norwegian skincare company, but he had a vision of creating his own skincare products that offered superior quality and natural ingredients that actually benefit the skin.

Although Mørck has since passed, his legacy lives on in the form of a $550 million company with over 250,000 consultants around the world.

Their former CEO, Kay Napier Zanotti, was with Arbonne since 2009 and pulled the company up out of bankruptcy…in her first month. She was named Entrepreneur of the Year for achieving such a feat. [5]

Of course, a shake-up had to follow. In June 2018, a new CEO, Jean-David Schwartz, took the reigns. A seasoned direct selling executive with more than 15 years of experience, he planned to focus on “sharing Arbonne’s mission of healthy living inside and out in bigger and broader ways than ever before.” There were some other turnovers as well. Arbonne’s previous CFO and COO were replaced with long-time Groupe Rocher executives. [6]

While they’re not one of the billion-dollar brands, Arbonne is definitely one of the MLM giants up there with Rodan, Nerium, and Jeunesse, and they’re moving up quickly toward the 8-figure club with an annual revenue of over half a million dollars before their acquisition by Groupe Rocher. They’re currently ranked at #40 on the DSN’s Global 100 list. [7]

For reference, competitors Mary Kay and Avon hit $3.25 and $5.70 billion, respectively. Arbonne still has a ways to go.

That being said, Mary Kay has been around since the 60s, and Avon…well they practically started direct selling way back in the 19th century. Arbonne has barely been around for 40 years, so the fact that they’re already catching up with arguably the two biggest names in MLM is pretty insane.

How much does Arbonne cost?

A start-up kit at Arbonne costs $49, which is pretty average.

Arbonne started out as a skincare company, and they’re still most known for their skincare and cosmetics products. However, they now have a HUGE line of products.

The company is known for the purity of its botanical ingredients and its commitment to providing not just cruelty-free but 100% vegan products. Their products are naturally-based and contain no animal products or animal by-products.

A lot of cosmetics companies claim to be ethical but few are completely vegan.

This is largely because up until recently, China had a law requiring all cosmetic products sold in their country to be tested on animals. Many cosmetics companies wouldn’t do the animal testing themselves, but they would agree to allow China to do it. Any cosmetics company that chose to be 100% vegan basically had to boycott the largest market for beauty products in the world. [8]

Arbonne has done just that, and they’ve been named a top “brand you can trust” and one of the best picks for cruelty-free cosmetics. [9]

Their products come with a high price tag (a basic cleanser or moisturizer will run you around $42-$60, while skincare sets retail for over $300), but many claim it’s worth paying extra for quality products that don’t harm your skin. Arbonne products are not just vegan, they’re also free of parabens, benzene, petrolatum, formaldehyde, and other harmful preservatives.

According to a Bustle study of social media mentions, Arbonne is one of the top 5 most popular skincare and cosmetics brands, sitting alongside companies like Burt’s Bees, Sephora, Urban Decay, and none other than Mary Kay. [10]

Arbonne’s skincare products moisturize and cleanse, ridding it of toxins and rejuvenating and renewing skin. Their line of anti-aging products reduces the appearance of wrinkles and sun spots while helping you look younger.

There are no known side effects associated with Arbonne products, and all of their cosmetics and skincare lines are free of harmful additives such as parabens.

The Arbonne compensation plan is fairly simple and straightforward, with four ways to earn:

Commissions offer consultants a 35% profit on personal retail sales. While this is lower than Mary Kay (who offers 50%), it’s still higher than most in the industry.

Overrides are the commission you make on your team’s sales. They depend on rank and are given out as follows…

Independent Consultants make 6% on personally sponsored recruits who sell more than 500 PQV in a month.

Nation Consultants make 1% on Central Group and 1% on all generations down to their 6th Generation.

Mercedez-Benz bonuses, like the Mary Kay pink Cadillac, offers certain high-performing consultants a bonus that goes toward buying or leasing a Mercedez-Benz.

According to their compensation summary, the top 1% earners are making an average annual income of $254,069. That’s fantastic.

However, the majority of Consultants are making an average annual income of $674, which isn’t even enough to pay your cable bill.

Still, stats for all MLMs look like this. Arbonne’s are actually less ugly than most.

Arbonne is a very well-established and trusted brand with decades of customers built up.

While no one is going to call you a scam artist for repping Arbonne, there’s a good chance you’ll burn through most of your friends pretty quickly. This is yet another MLM that still relies on home parties and shameless peddling to friends and family until they block you on social media and stop talking to you altogether.

The fact is, even if you manage to make a decent income (as in, more than a few hundred dollars a YEAR) off of it, NO ONE likes that friend who only calls you up to sell their product to you and only asks you to go to lunch so they can give you yet another pitch.

Next: Vasayo: Don’t count on getting rich here [Review]