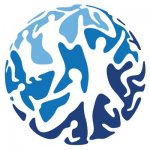 When it comes to MLMs, the deciding factors are trust, stability, and quality products.

It’s a high bar, and few companies score well in all three areas.

But one definitely stands out…

USANA is a large health and wellness network marketing company.

After years of high-profit growth, they faced every MLMs biggest nightmare—and overcame.

No name change. No rebrand. Just continuing to do their thing.

Impressive, to say the least. But should you get involved? Keep reading to find out.

1. What does USANA sell? USANA sells nutritionals, food and energy, and skincare products.

2. What are USANA’s most popular products? One of their most popular products is the CellSentials pack, which contains a 28-day supply of both Core Minerals and Vita Antioxidant. Core Minerals is a broad-spectrum daily mineral supplement that supports brain function, metabolism, and collagen synthesis. Vita Antioxidant keeps you well with a broad spectrum of vitamins and antioxidants that activate your cells’ natural ability to protect and renew themselves.

3. How much does it cost to join USANA? To become an Associate, you’ll need to buy a welcome kit for $29.95. No product purchase is required.

4. Is USANA a scam? No, USANA is a well-respected publicly traded company. They’ve been the #1 Distributor’s Choice “Best Company” for 10 consecutive years in NetWork Marketing Today and the MLM Insider. [1]

9. What lawsuits have been filed? In 2017, a class-action lawsuit was filed against USANA for allegedly making false or misleading statements and failing to disclose adverse facts about their BabyCare Ltd acquisition in China. [2] In 2007, USANA faced up against eight law firms competing for the right to represent stockholders in class-action suits. The first was by distributors in California who weren’t making money from their businesses. All of the cases were initiated by a report written by an ex-con, Barry Minkow, who had bought “put” options on USANA’s stock in a bet that prices would fall—and probably hoping his report would hurry it up. USANA responded by suing Minkow for defamation. [3]

Should you get involved?

Not going to say it would be impossible to make money with USANA, but there are certainly better options out there…

Either way, here are 15 critical truths you need to know about USANA.

They’ve had 200 of their distributors earn $1 million or more, which is pretty impressive. Currently, 115 associates are lifetime Million Dollar Earners [4]

If you’ve ever looked at the income disclosures for MLM companies, you know that they aren’t pretty. Forget about six figures. Most annual incomes sit at the three-figure level.

Usana’s is one of the most impressive I’ve seen. $91,800 average annual incomes are unheard of in MLM. However, that’s for their established, full-time associates. That applies to Gold Directors and above—not your average distributor and certainly not newbies. Still…impressive. [5]

This is for associates who have earned at least one commission check a month, so not across all distributors.

Decidedly less impressive than 91k, but believe it or not, this is actually fantastic for MLM.

This doesn’t include people who just started, people who haven’t built up a customer base, or people who sell here and there but can’t make consistent sales. It only includes people who earn at least SOME commission every month. Basically consistently active members. [6]

The way the plan is structured allows their distributors to start earning pretty quickly, promotes teamwork, and allows for exponential growth.

Distributors earn commission on the difference between their Preferred Price and the retail price, which they have the ability to set as they like. While you could set the retail price super high and hope someone shells out unnecessary money for your product, most products are recommended to retail for 10% more than the preferred price.

10% commission is not impressive, at all. But they make up for it with other forms of income.

This is more impressive. Associates earn up to 20% commission on their group sales volume, which is better than the typical 5-10%.

Often MLMs provide a handful of small $50 or $100 bonuses in the beginning to juice their distributors up and then disappear.

Usana offers a variety of generous bonuses, including a lifetime bonus that matches of commission volume generated by your personal recruits who have achieved Premier and Premier Platinum status. This is an amazing deal, if you can train your recruits well enough to achieve it.

Other bonuses are equally generous and really focused on leadership and teamwork. [7]

Newbies can become associates for as low as a $29.95 payment for their Business Development System, which includes all the training and materials they need to get started.

Of course, they’ll probably still need to purchase some product and additional training too, but it’s still very cheap compared to other MLMs (see: WWDB).

They’ve been around for over 20 years, so they know what they’re doing.

Their profits aren’t going to tank in a month’s time, and you can probably rest assured that they’re a decently reliable company. It doesn’t guarantee that you’ll make money personally, but it does give some peace of mind.

Speaking of which, in 2018, USANA was named one of “America’s Most Trustworthy Public Companies” by TGF Analytics. Ranked 4th among small/mid-cap companies with an A+ rating, they’re in the top 5% of companies researched. [8] Because they’re so well-established, they don’t have to spin their success. They give full disclosure and don’t try to hype up earning potential.

Did you know that you can actually unlock the power within your cells to optimize your functions using cell-signaling technologies?

Does this sound a little sci-fi-esque? Wondering what on earth it even means?

USANA’s products are based on InCelligence blends that not only nourish your cells, but they trigger powerful mechanisms within your cells that help them produce more antioxidants while supporting the body’s natural cellular renewal process. They make you more adaptable.

Sounds like some next-level, future species, mega-evolution stuff. Crazy. Does it actually mean anything?

#5. Not evaluated by the FDA

Well, none of their statements have been evaluated by the Food and Drug Administration.

And they specifically state that the product “is not intended to diagnose, treat, cure, or prevent any disease”. This last part is actually refreshing given the number of health and wellness MLMs that have received warnings from the FDA for their false health claims.

But does the product do anything at all?

#4. Some scientific backing for health benefits

Although their InCelligence blend is still patent-pending, they do already hold five other patents.

They also have a qualified in-house research team that’s produced dozens of studies and have contracted third parties to research and ultimately back their products time and time again. [9]

And they’re starting to get some seals of approval.

#3. Products include the health and wellness trifecta

Like almost every other health and wellness MLM, they sell the following three types of products:

USANA’s nutritional products were even tested by ConsumerLab.com in 2011 and they passed. In order to pass, they needed to follow pharmaceutical guidelines, FDA guidelines, and not contain toxic trace chemicals like lead. [10] Then in 2018, their Procosa supplement for healthy cartilage and joints received a seal of approval from ConsumerLab.com. [11]

#2. Recovered from a huge hit in 2007 after FBI and SEC investigations

USANA was untouchable before 2007 when it came to profit and growth.

Then Barry Minkow, a former stock fraud felon, wrote and submitted a 500-page report basically alleging the company was a pyramid scheme and committed illegal practices to gain their outstanding profits.

USANA’s stocks plunged from over $60 to under $35 in a matter of months. The company was in big trouble. Minkow admitted to short-selling Usana stocks, so regardless of whether or not his claims were true, his motive was obvious. [12]

However, USANA survived all investigations and lawsuits, with investigations concluding that there were no incriminating practices taking place and no further action was necessary. [13]

In the end, this proved the quality of USANA as an MLM. And they’ve bounced back, which is very impressive.

On top of all that, expenditures for each year were less than 1% of their revenue. These are HUGE profit margins.

So while USANA is one of the biggest in the game, is it still worth your time? If you’re in it for the products, then sure.

But if it’s just the money you are chasing, you might not get a great return for your efforts.

Previous: Vector Marketing: 12 unsavory facts you should know before you join [Review]

Next: Vestige Marketing: 12 startling realities you should know [Review]