Vector Marketing: 12 unsavory facts you should know before you join [Review] 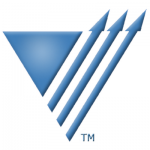 But Vector Marketing is keeping the tradition alive.

You’ve probably had someone approach you to buy a new knife set and they were likely from Vector Marketing. They’re those sharply dressed door-to-door sales guys making generous commissions on Cutco knife sets.

Vector has been around for quite a while, and they don’t seem to be falling out anytime soon since they actually have a legit product.

2. What are Vector Marketing’s most popular products? The knife block sets are a big investment, but they come with a “Forever Guarantee” and free sharpening anytime. The Ultimate Set includes 32 pieces and an oak block with either a honey or cherry finish. The Homemaker Set has 10 pieces. The Space Saver Set includes 5 knives. And the Studio Set has 4. All of them have quality cutlery that any cook would love to have in their kitchen.

3. How much does it cost to join Vector Marketing? There’s no cost to join. You need to complete your training to become a sales representative, then they’ll loan you a Cutco sample set that you can use for demonstrations. As long as you’re active in the business, you can borrow a sample kit to show customers. If you quit, just return it.

4. Is Vector Marketing a scam? No, they’re a legit business selling real products. What’s smarmy is their sales tactic of recruiting college students who are often willing to do anything for a little extra money. And because they don’t describe the opportunity as an MLM, they end up getting sued. A lot.

5. What is Vector Marketing’s BBB rating? A+

6. How long has Vector Marketing been in business? Since 1981

7. What is Vector Marketing’s revenue? $245 million

8. How many Vector Marketing distributors are there? 5,590

9. What lawsuits have been filed? In 1990, they were sued by the Arizona Attorney General for deceptive recruiting techniques. [1] In 1994, Wisconsin ordered them to stop deceptive recruiting practices. [2] In 2008, they were hit with a class-action lawsuit for not paying minimum wages to its sales representatives. They settled in 2011 for $13 million. [3] In 2014, they faced a class-action suit for unpaid minimum wage and related damages in New York, California, Florida, Illinois, Michigan, Minnesota, Missouri, and Ohio. [4] In 2014, one of their distributors was drugged and raped while on a sales call. She sued them for not giving your training to prevent the situation. [5] In 2017, Vector Marketing paid $6.75 million to settle a class-action lawsuit with sales representatives who attended training but weren’t paid. [6, 7] Later that year, they faced another class-action lawsuit by division managers who felt they should be compensated as employees, not contractors. [8]

I’m not saying it would be impossible to make money with Vector, but there are definitely better options out there for sustainable passive income…

Either way, here are 12 truths about Vector Marketing you should know before you join.

#12. Marketing and sales for Cutco Cutlery

Vector Marketing sounds like an independent marketing agency, but it’s actually the marketing and sales wing of Cutco Cutlery, a manufacturer of high-quality knife sets.

They’ve been around for over 65 years, and they’re headquartered in Olean, New York.

They also do incredibly well in their sales and marketing. Over 15 million homes in North America have Cutco products in their kitchen.

If you’ve been a student in the past 10-20 years, or are the parent of a high school or college student, there’s a good chance you’ve seen those little envelopes from Vector Marketing offering job interviews.

While they send out job and interview “offers,” like most MLMs, anyone can become a distributor. You don’t have to have a specific major or any work experience.

Some would call this a smart recruiting strategy, but others consider it predatory.

While they’re most widely known in the United States, Vector Marketing has been growing their presence and sales in Canada for the past 25 years.

In fact, their Canadian National Recruiting Manager, Sherrie Dickie, is a recruitment badass. She’s been building up their Canadian sales force since 1996 and is personally responsible for over $450,000 in merchandise sales. She recently won the prestigious Ontario Regional Recognition Award from the Canadian Association of Career Educators and Employers. [10]

I’m not really sure how they swing this one.

While their distributors are starting to utilize virtual channels for marketing and sales, they still rely largely on in-home appointments for selling their product.

But in-home appointments are no longer very effective for sales and marketing, and haven’t been for years. People have become more and more wary of letting strangers into their homes, or even opening their doors to strangers, so it just doesn’t work like it used to.

On top of that, this company is selling knives.

Would you let a complete stranger into your home to show you their knife set?

Distributors are offered a guaranteed commission on each in-home appointment they attend, even if they don’t sell a single product. This is almost unheard of in MLM.

They often market this on their recruitment advertisements as a “guaranteed base pay,” calming the worries people have about working solely for commission. The amount is $17.25/appointment.

According to Vector, they do this because they don’t want their sales reps to feel excessive pressure to make sales or get pushy with their tactics. They also claim that most people who are shown the product buy something anyway. [11]

Of course, there is a catch.

They have to be showing the Cutco products to “qualified customers.” This is not defined on their website.

Also, because sales reps are independent contractors, they’re not reimbursed for the money they spend on things like gas or public transportation, which can sometimes add up to as much as the base pay for a given appointment.

Finally, they have to get the appointment. Again, I can’t imagine this is an easy task with an opening line like “Hi, you don’t know me, but I’m Bob. I work for a company you’ve never heard of. Can I come to your home and show you my knives?”

Still, it’s something, and it’s closer to base pay than any other MLM offers (see: Mary Kay, Avon, or Sentsy).

Their commission rates are embarrassingly low – 10%.

Vector Marketing has continually ranked as a top MLM.

Just this year, they were named in the Direct Selling Association’s DSA Top 20. This award is based on net sales, so it means that Vector Marketing has some of the highest sales numbers of any MLM in the United States. [13]

With most MLMs, the work is 100% remote, and training is mostly virtual unless you’re lucky enough to be able to afford to go to the annual training conventions.

But Vector Marketing has 250 year-round district offices in the United States, Canada, and Puerto Rico. They also open up hundreds (this year over 450 in all 50 states) temporary branch offices to accommodate their summer workforce.

Having the chance to work in person with your sales manager is huge in an industry that usually offers little to no sales training aside from a few brochures. [14, 15]

Accomplished student sales representatives have the opportunity to become summer branch managers, where they manage teams of 30+ salespeople in their area.

Many of these branch managers are 18 or 19 years old, so while they might not always make bank, it is a leadership opportunity that they probably won’t get anywhere else.

#3. No start-up cost or inventory necessary

They used to charge new reps a deposit in order to loan them a knife set for sales purposes, but now they loan the knife set free of charge.

Reps can keep this set for showing purposes as long as they remain active, and they simply return it to the company when they don’t want it anymore. They don’t have to buy any inventory in order to make sales.

This is fantastic, especially for students, who can’t really afford to invest in a $300 monthly autoship.

#2. Students Against Vector Exploitation (SAVE)

Vector Marketing has a rep for spamming students in every way, shape, and form possible in order to recruit new reps.

They send non-stop emails, letters, make constant phone calls, and even attempt to contact potential recruits through Facebook and other social media channels.

The spam is so bad, that a group of college students across the nation actually banded together in 2003 under the name of “Students Against Vector Exploitation” (SAVE) to expose their “unethical” business practices. The Yahoo page has 1,219 members. [16]

Not a small number, although it is exponentially smaller than the amount of sales reps Vector still manages to recruit every year.

Vector Marketing is a little different in that they claim not to be an MLM at all. According to them, their reps can earn incentives and prized for recruiting new sales reps, but they don’t get paid on a multi-level downline.

Call it what you want, but the concept remains. Sell as many products as you can to your warm market (friends, family, coworkers). But after those run out, then what?

Next: USANA Health Services: 15 critical truths you need to know before joining [Review]