ACN: Must-Have Services Could Make This MLM a Winner [Review] 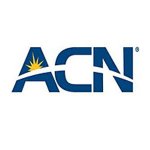 Selling essential services should be a no-brainer…

Especially when you’re dealing with a direct sales firm that was founded by and for direct sellers.

That’s exactly what you get with ACN.

ACN is a multi-level marketing firm that started out in 1993 as a reseller of long distance services. Since then the company has grown and expanded to include a variety of services, including everything from high-speed Internet to natural gas.

ACN is well known for having a relationship with Donald Trump [1]. However, the billionaire ended his association with the company when he announced his Presidential campaign in 2015. Nonetheless, the company still continues to rake in $800 million in revenue.

Is this the MLM for you? Here’s what you need to know to decide.

1. What does ACN sell? ACN’s goal is to offer services people need and use every day, services that don’t require anyone to change their buying habits or purchase products they don’t need. While they began as a reseller of long distance services in the US, they now offer a range of services: mobile phone plans, digital phone service, energy (natural gas, electricity, and solar), television plans, high-speed internet plans, home security and automation, wellness products, personal care products, and more.

3. How much does it cost to join ACN? To become a distributor (called Independent Business Owner), you must pay an enrollment fee of $499, which ACN says is to cover the costs of establishing and servicing your business. There’s also an annual renewal fee of $99. And you’ll be hit up with an account maintenance fee of $10 per month, which covers the processing of all ACN payments to you.

4. Is ACN a scam? ACN is not a scam. Their distributors are paid monthly residual commissions based on their personal and downline customers’ usage of ACN’s services. The services are real and are often delivered through recognized carriers. That said, ACN’s marketing materials constantly remind people they aren’t a pyramid scheme. Apparently, haters have said this often enough that they feel the need to address the accusation head-on.

8. How many ACN distributors are there? We weren’t able to find a specific number. ACN refers vaguely to “thousands of IBOs.”

9. What lawsuits have been filed? In 2002, ACN settled a case with the Bureau of Consumer Services in Pennsylvania, where it was alleged that ACN’s distributors were switching consumer services without authorization. [2] In 2010, the Montana Commissioner of Securities and Insurance issued a Cease and Desist Order and Notice of Proposed Agency Action against ACN and several of its founders for operating a pyramid scheme. [3]

Either way, here’s the full review on ACN.

ACN sells their services primarily to residences and small businesses. Like most communications firms, ACN offers a bundle of services that includes both Internet and phone provided by many of the top carriers.

They offer wireless phone services and give customers options to choose a range of other services, including television and home security. ACN also acts as an energy provider, offering both natural gas and solar power to homeowners (see: Powur, Stream Energy).

Businesses are also privy to similar services from ACN. Businesses may get their phone service, either landline or wireless, from ACN. Television and security are also options for businesses who need them. A business may also get energy service from ACN, although solar does not appear to be an option for them. ACN offers payment-processing services to businesses with a guarantee the business will save money.

ACN offers people the opportunity to run their home-based business. The company likes to refer to these people as Independent Business Owners (IBOs). Through ACN, these IBOs have a chance to sell common services that people already use for the chance to make residual income. At the same time, IBOs have the opportunity to recruit others to join their sales team.

According to ACN, IBOs are able to offer potential customers better value on services they already use, lowering their costs and perhaps even giving them a superior product. This is possible because the direct selling to customers by IBOs allows major carriers in the communications industry to bypass costly marketing and advertising.

The way the company is set up, an IBO will earn a percentage of the bill for every customer they sign up. Essentially, as long as a customer remains with ACN, the IBO that sold them the service is given a residual payment whenever that customer pays their monthly bill. The more services a customer is signed up to receive, the more the IBO earns.

The residual income of each IBO also grows when they sponsor others to join ACN, as you will earn a percentage of their earnings, as well as any people your sponsors brings on board. This makes recruiting others to join ACN an important part of growing your personal business.

Here are some pros about ACN:

The publicity and endorsements ACN has received are a big deal, making one feel that the company is trustworthy and a place where one can succeed. In addition to a nearly decade-long relationship with Trump, ACN has been featured in many prominent magazines and newspapers, which again adds great credibility to the company. The A rating the company has received from the Better Business Bureau only works to confirm the positive reviews and endorsements from other sources [4].

As previously mentioned, the services that ACN offers and wants its IBOs to sell to customers are all common services that are practically basic necessities in today’s world. This gives IBOs the confidence that they can sell customers on ACN’s services, and in direct sales, having confidence in your ability to sell is essential. ACN also does a good job of providing support for its IBOs so that all they have to worry about it selling to customers and building their team.

Here are some cons about ACN:

Of course, there are downsides to getting involved with ACN. At the top of the list is the startup cost of $499. This gets your foot in the door and undoubtedly gives you some of the best training available from any multi-level marketing firm. However, $499 is far higher than most MLM companies.

It can also be difficult to make large sums of ACN at the beginning of your time with the company. IBOs have to raise several levels up the ladder before the residual payments start to become worthwhile for the work you’ve put in. This requires bringing others into the ACN family and hoping that they are as dedicated and successful as you, which in a way, takes your personal success out of your own hands.

It’s also important to note the lack of satisfaction of ACN employees with their own company [5]. These bad reviews don’t come from IBOs and they’re certainly not the worst reviews a company has ever received from within its own walls, but they are enough to raise an eyebrow about how you may be treated, especially since you’ll start out as the lowest man on the totem pole on the periphery of the organization.

If you want to shoot for the stars and commit yourself to making decent money with multi-level marketing, ACN isn’t the worst option out there, but probably not the best either.

It will certainly be a grind, especially in the beginning, but ACN does give its distributors the tools to succeed, and the number of prominent businessmen and publications to endorse the company back that up.

That being said, if you don’t have a lot of money to get you started or don’t want to put yourself in a deep hole right from the start, it may be hard to look past the high startup cost. If you have just a passive interest in joining an MLM, this company may not be for you.

Next: Modere: Is “Sharing the Love” Really Enough for This MLM? [Review]