Powur: Can green energy change the world & make you rich too? [Review] 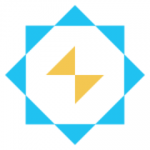 The transition is well underway…

So it’s not surprising that an MLM has stepped in to leverage this transition.

Powur is a network marketing company that offers solar panel products, and they’re now one of the most popular clean energy MLMs out there.

For an MLM, they’re in a pretty solid market. Renewable energy shouldn’t be losing popularity anytime soon and the company is partnered with most top solar panel companies, giving some solid credibility.

So it boils down to one thing: Is this a good MLM company for you? Let’s take a look.

1. What does Powur sell? Powur sells solar panels with the goal of aiding the transition from dirty to clean energy. Interestingly, though, they don’t sell their own products. Instead, they’re affiliated with 39 solar providers, servicing 28 states. SolarCity, Elon Musk’s clean energy powerhouse, is one of them. Powur’s distributors do the selling; their affiliate companies do the installation.

2. What are Powur’s most popular products? Solar panels are their only product, installed with zero down, so they’re accessible to anyone who wants them.

3. How much does it cost to join Powur? The lowest level to join Powur is as an Advocate ($99 activation). This gives you $30-45 per solar appointment and an average of $500 per installation. Become a Consultant, and you’ll earn $2,000 per personal installation. The next level you can enter Powur at is Advisor ($299 activation). At this level, you also get overrides from your team’s installations and passive income. The top level you can join at is AdvisorPRO ($299 activation + $29 monthly). This gives you access to a lead-generation system, an elite marketing team, your own media site, and landing pages done for you.

4. Is Powur a scam? Not likely.  There’s shockingly little information about Powur, even on their own website. But the fact that they’ve partnered with so many reputable solar panel companies — and those companies speak well of the partnership — says they’re a legitimate business. It’s possible they’re so focused on transitioning the world to clean power, they don’t have time for updates that could actually build trust and loyalty.

5. What is Powur’s BBB rating? NR. They haven’t been rated by the BBB.

8. How many Powur distributors are there? No numbers have been published by Powur.

9. What lawsuits have been filed? We didn’t see any lawsuits listed online.

As you can see, it’s an interesting business. But as far as money-making opportunities go, there are still better options out there…

Either way, here’s the full review on Powur (the company).

Powur’s website starts out with a ticker showing that they’ve sequestered over 54 million pounds of CO2 and counting. Their mission?

To accelerate the adoption of sustainable energy worldwide and help 2,000,000 homeowners save money and gain energy independence.

In an older message, they said:

“The greatest transfer of wealth in history is happening right now as society trades dirty energy for a sustainable future. Powur gives you the chance to be part of the solution and create the life of your dreams.”

Pretty visionary, if they can pull it off.

The company operates out of — surprise — California, the hippie motherland.

They’ve got some HUGE partners too who have funding billions of dollars worth of solar projects with them. Google, Goldman-Sachs, Honda, Citibank, U.S. Bank…this is some Forbes level A-listers. [2]

Dude knows how to start a company and get rich, for sure. But do his followers?

He founded Rippln a while back, which lasted barely a couple years before it totally tanked. They weren’t able to raise capital from investors (probably because they saw through the pyramid scheme), and they also came under attack from a trademark lawsuit. [4]

As he states on his fan page, Jonathan Budd doesn’t let obstacles and struggles stop him. A new company with his name attached to it, MyStand, popped up within months of RippIn’s failure. It very easily could have just been RippIn version 2.0, but we’ll never know, because no one ever heard anything more about the company past its initial launch announcement back in 2014.

So, not the best track record, and everyone can start over, right?

Maybe the third time’s the charm.

Powur is a solar energy MLM, but to say that their product is solar panels is misleading.

So, Powur technically doesn’t have a product of their own. They do the lead generation/network marketing for other solar energy companies.

On a side note, Powur originally had just one partner, SolarCity. Trouble is SolarCity isn’t operational in all 50 states, and once considered the #1 solar roof company, installations plunged 62% in 2018. With financials running in the red, 9% of the company’s workforce was cut and a partnership with Home Depot was abruptly ended. [5]

By partnering with other solar panel providers, Powur reduced their own liability — if one partner goes out of business, they still have others that are going strong — and increased their ability to provide exactly the type of solar panels their customers want. Not a bad business decision.

You might have noticed above that I mentioned lead generation.

That’s because, as a “distributor” for Powur, you don’t actually have to sell a single thing. Your customers never have to hand over a dime for you to get paid.

All you’re doing is getting people to sign up for a free proposal from one of Powur’s partners. SolarCity handles the entire sales process from there. You get paid for solar appointments and installations, so your leads need to be sales ready, or at least interested in talking seriously about getting solar panels.

Still, this takes a lot of the legwork out of network marketing. No product, no autoship, no closing sales, and no processing payments.

They boast not having a registration or membership fee to join as a “Powur Advocate” but, of course, to make any real money or training (which you really need in this industry), you need to upgrade.

A “Solar Certification” offers additional training and opportunities for $199.

However, there is lots of talk that it actually costs $500 to join and gain access to full compensation. WOW, that is quite a price tag, more expensive than most network marketing companies (see: USANA, or Shaklee). Since the company doesn’t have a product of its own to profit off of, I guess it has to really rely on membership fees from its distributors to make any money.

Not a very sustainable plan.

I also don’t like how shady their website is — not a word on how much it really costs to join, and no mention of what the compensation plan looks like either.

They pay out a 20-year residual for your customers (as long as you’re active), which is pretty good. Residuals are paid through a uni-level plan, and you get $100 for every 3 qualified leads. There are pass ups incorporated as well.

For every contract one of your leads signs, you get $250 — half paid upon signing of the contract, the other half upon installation. There are also rank bonuses and differential bonuses involved.

Honestly, despite a sort of shady past, this MLM is partnered with a lot of solid companies and offers a decent compensation plan. They also cut out a lot of the BS involved in MLM, from home parties to autoship.

But they replace some of that noise with the fact that you have to get people to sign up for a solar panel proposal AND hopefully sign a contract to buy.

Even if you’re not actually closing sales, you’re gonna need some pretty baller sales skills for that. I mean, would you be easily convinced to give up your Saturday to listen to a sales pitch about solar energy?

What’s more, if you rely on a network of family and friends, that network will run dry real quick. After that, where do you go, without a real product to sell?

A lot of reps resort to door-to-door sales. Most people don’t have the stomach for that, and for good reason… it’s pretty much dead and completely unwelcome in the United States.

Powur isn’t a bad company, but there are better ways to make money.